The amendment allows the family of Lt. Richard Collins III to be able to receive the death benefits after he was killed just days after he was commissioned into the Army 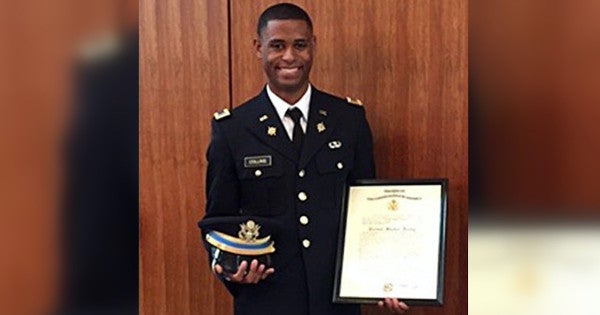 After passing legislation last year following a Bowie State student’s murder to ensure ROTC graduates who die between commissioning and their first assignment receive military death benefits, this year lawmakers expect to have it apply to the case that brought the matter to attention.

Congressmen and senators who secured the provision in the National Defense Authorization Act expect that it will pass when the session returns later this month.

The amendment allows the family of Lt. Richard Collins III to be able to receive the death benefits after he was killed just days after he was commissioned into the Army.

Following Collins’ tragic death, the Collins family has faced difficulty in receiving the recognition and benefits Lt. Collins and his family would have received had he been on active duty.

“Lt. Richard Collins’ tragic death was made even more painful for his family through the challenges they faced in receiving the proper benefits and recognition for Lt. Collins,” Hollen said in statement. “Nothing will ever fill the void of their loss, but I’m hopeful this provision brings the Collins family some peace of mind.”

Collins was a Reserve Officer Training Corps (ROTC) graduate of Bowie State University who had been commissioned into the Army. He was murdered just days before he was scheduled to go on active duty.

Last year, legislation that passed last year ensured that an ROTC graduate who dies between commissioning and their first assignment is treated as having served in the military for the purpose of death benefits, according to a press release from Van Hollen’s office. The bill as-adopted applied only to future cases, necessitating the amendments secured by the Members in this year’s NDAA.

Sean Urbanski, a white man from Severna Park, stabbed Collins while Collins was waiting with friends at a bus stop near the University of Maryland, College Park. The ROTC student and recently commissioned Army officer was days away from graduation at Bowie State University.

While Urbanski had racist images on his phone, the judge said there wasn’t enough to prove Collins was targeted solely because of his race. Urbanski was convicted with first-degree murder.