The bill, Scott said, will "make sure our men and women in uniform are taken care of every step of the way." 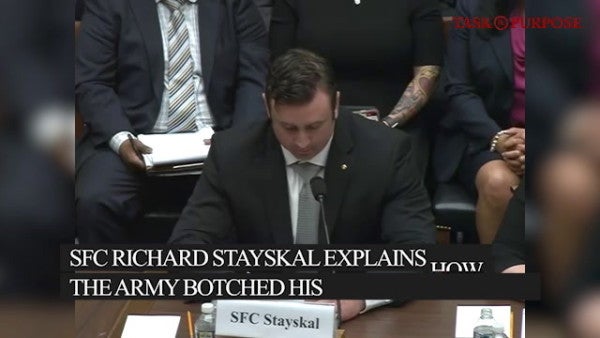 Sen. Rick Scott is backing a bipartisan bill that would allow service members to essentially sue the United States government for medical malpractice if they are injured in the care of military doctors.

The measure has already passed the House and it has been introduced in the Senate, where Scott says he will sign on as a co-sponsor.

“As a U.S. Senator and member of the Senate Armed Services Committee, taking care of our military members, veterans and their families is my top priority,” the Florida Republican said in a statement.

The bill is called the SFC Richard Stayskal Military Medical Accountability Act of 2019, named after a green beret who is dying of lung cancer. Stayskal was originally misdiagnosed with pneumonia by doctors at Womack Army Medical Center at Fort Bragg in North Carolina. By the time the cancer was caught in 2017, it had already spread to other organs.

However, a 1950 Supreme Court ruling prohibits service members for suing for injuries suffered as a result of negligence on the part of the military. Though originally intended to protect doctors who make tough medical calls on the battlefield, it has extended to military personnel who seek treatment outside of combat.

The bill now moving through the Senate would allow a service member to sue within three years after a misdiagnosis or injury is discovered.

Stayskal's case gained national notoriety after a short, chance meeting with President Donald Trump before a North Carolina rally in July. Stayskal told the Military Times that he explained his situation to Trump, who promised he would do something about it.

Scott, a member of the Senate Armed Services Committee, called Stayskal's story “heartbreaking” and it “never should have happened.” He is co-sponsoring the Senate legislation “to make sure our men and women in uniform are taken care of every step of the way.”