The man who claims he was the SEAL Team 6 operator who shot Osama bin Laden in 2011 has authored... 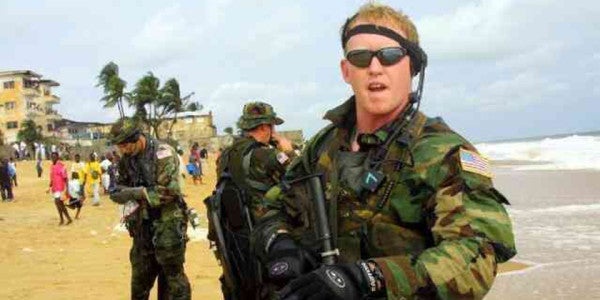 The man who claims he was the SEAL Team 6 operator who shot Osama bin Laden in 2011 has authored a new book, and the retelling of that raid shows the real reason why photos of the terror leader's body were never released.

The book, “The Operator” by former SEAL Robert O'Neill, recounts the former Navy chief's career spanning 400 missions, though his role with the elite SEAL team's raid on bin Laden's compound in Abbottabad, Pakistan has become his most consequential.

According to O'Neill's account, he was walking behind his fellow SEALs as they searched bin Laden's three-story compound. Up the stairs, they could roughly make out bin Laden's son Khalid, who had appeared with an AK-47.

“Khalid, come here,” the SEALs whispered to him. He poked his head out, and was shot in the face.

From there, an unnamed point man and O'Neill proceeded up to the third floor. After they burst into bin Laden's bedroom, the point man — believing they might have suicide vests — tackled two women, as O'Neill fired at the al Qaeda founder.

“In less than a second, I aimed above the woman's right shoulder and pulled the trigger twice,” he wrote, according to NY Daily News. “Bin Laden's head split open, and he dropped. I put another bullet in his head. Insurance.”

There is some dispute over who actually fired the fatal shots, but most accounts say that O'Neill did indeed shoot bin Laden in the head at some point. According to a deeply-reported article at The Intercept, O'Neill “canoed” the head of bin Laden, delivering a series of shots that split open his forehead into a V-shape.

O'Neill's book says the operators had to press bin Laden's head back together in order to take identifying photos. But that wasn't the end to the mutilation of bin Laden's body, according to Jack Murphy of SOFREP, a special operations news website.

Two sources told Murphy in 2016 that a number of SEALs took turns dumping round after round into bin Laden's body, which ended up having more than 100 bullet holes in it.

Murphy, a former Army Ranger, called it “beyond excessive.”

“The picture itself would likely cause an international scandal, and investigations would be conducted which could uncover other operations, activities which many will do anything to keep buried,” he wrote.

After bin Laden's body was taken back to Afghanistan for full identification, it was transported to the USS Carl Vinson (CVN-70) for burial at sea. Carried out in secret somewhere in the Arabian Sea on May 2, 2011, a military officer read prepared religious remarks, and then bin Laden's body was slid into the sea.

No photos or video were taken of the event, according to emails obtained by AP.