The rumble of motorcycles rolling across the nation's capital in memory of America's missing service members and prisoners of war is on the road to becoming a thing of the past. 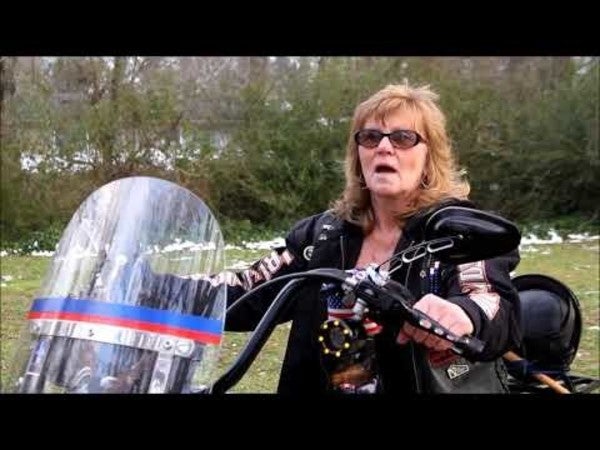 The rumble of motorcycles rolling across the nation's capital in memory of America's missing service members and prisoners of war is on the road to becoming a thing of the past.

The yearly event, sponsored by the New Jersey-based Rolling Thunder, Inc., will end with its 32nd ride in May 2019, Executive Director Artie Muller and President Joe Bean announced in December.

Since 1988, Rolling Thunder's annual First Amendment Demonstration Ride has seen hundreds of thousands of bikers and supporters converge on Washington, D.C., in support of the MIA/POW cause. The first event attracted about 2,000 bikers; more than a half-million turned out for the 2018 event.

Delawareans who ride in support of Rolling Thunder were shocked to learn the news.

“Many of us are heartbroken,” Joyce Proctor of Dover said.

Proctor took part in her first Demonstration Ride in 2008 and hasn't missed the event since.

“This has been an annual event that we look forward to year after year as a way of showing our pride and support of America's servicemen and servicewomen.

“So many organizations in Delaware get together to go over and be a part of this,” she said. “We'll wait for hours just to ride and to show our veterans mean something to us.”

“I thought, this can't be happening,” Greene said upon hearing the news. “To discontinue the Ride means people may not pay as much attention to the issue. I think we're going to lose some of that awareness.”

Raising awareness of these service members is the entire reason for Rolling Thunder's existence and for the Demonstration Ride. Its intent is to publicize the issue of those soldiers, sailors, airmen and Marines considered missing in action and to make Americans aware of those who were prisoners of war during all past conflicts.

A typical Ride for Freedom event sees the bikers riding from the Pentagon, across the Arlington Memorial Bridge to the Lincoln Memorial, with a mass assembly at the Reflecting Pool across from the Memorial.

The Ride is set for Sunday, May 26, over the Memorial Day weekend.

The goal is to ensure everyone is accounted for and that former POWs are treated with respect and dignity. Currently, Rolling Thunder lists more than 85,000 MIAs dating back to World War I.

The group has chapters throughout the country, with most members being either bikers or veterans. Neither, however, is a prerequisite for membership.

Over the years the Rolling Thunder organization has successfully worked to sponsor federal legislation to support any number of POW- and MIA-related issues.

In his letter to the Rolling Thunder membership, Muller said the choice to end the national event was not an easy one.

“It has been a hard decision to make, after much discussion and thought over the last six months Rolling Thunder national officers have concluded to end our 32-year annual D.C. Memorial Weekend event,” he wrote.

Muller blames rising costs and a lack of money for the decision.

Event-staging costs soaring to $200,000-plus, lack of new corporate funding and falling sales of event products also were an issue, he said.

“Financial factors are draining the organization funds if we continued this major costly annual event in Washington,” he continued, adding the event actually lost money in 2018.

Muller alleges there was an additional factor: harassment from law enforcement.

Bikers coming in from across the country traditionally assemble in parking lots around the Pentagon, where Rolling Thunder would sell products such as pins, patches, and flags to raise additional money.

A particular point of contention, according to Muller, was a growing lack of cooperation with security forces at the Pentagon who he accused of diverting the bikers and not allowing them to enter the parking lots, which also prevented participants from buying Rolling Thunder products.

Department of Defense spokeswoman Susan L. Gough has denied those charges, saying the DoD is focused on supporting Rolling Thunder's right to protest while at the same time ensuring the safety and security of both the bikers and the Pentagon complex itself.

In an email to the Dover Post, Gough said, “The department has full confidence and trust in the competence and professionalism of the Pentagon Force Protection Agency and is prepared to support the 2019 Rolling Thunder ride, as we have for the past 31 years.”

Although the nationally-supported Ride for Freedom will end in 2019, Muller is encouraging individual events for the future.

“We will continue the POW/MIA mission through our 90 Rolling Thunder state chapters across America, coordinating demonstrations starting 2020 Memorial Weekend in their own states or joining forces with other state chapters,” he wrote.

Local events also may generate news coverage closer to home, which only will further Rolling Thunder's goal of keeping POWs and MIAs in the public mind, he added.

“It's not really going to change,” Patrick Hughes, a Vietnam veteran of the Marine Corps said. “Instead of going to Washington, it will be local. It may even be better because it will bring more attention locally.”

Hughes, who since 1993 has served as official photographer for the Ride, has seen much of the D.C. event through his camera lens.

“What I try to do is educate people to let them know that their freedom, which they may take for granted, comes at a very high cost,” he said. “But doing this gives me a good feeling and over the years I've met a lot of interesting people.”

Proctor has been attending the Ride since 2008.

“The first time I went, I knew I would not miss one after that,” she said.

The families of missing soldiers, sailors, airmen and Marines have a right to know what has become of their loved ones, which is why she and so many others will keep the faith, even after the Washington, D.C., events end.

“They need to be brought home and laid to rest because they gave the ultimate price for our country,” she said. “No family should wait a lifetime to get that closure we all have when a loved one dies.”

Bridgeville's Steve “Dispatch” Stabley, who rides a 2018 Harley-Davidson Road Glide, will be on hand for the last Demonstration Ride.

He, too, was to learn Rolling Thunder no longer could sponsor the event.

“It was sudden,” Stabley said. “I think the event as a whole is a great way to honor and remember our veterans and the missing, especially from Vietnam.”

And while many biker groups in Delaware will continue to support Rolling Thunder and its other events, such as the Annual Wreaths Across America, Stabley envisions state or regional events similar to the Washington, D.C. ride.

Someone just needs to step up, both to continue the Demonstration Ride and to stand in support of other veteran-related events, he said.

“With any event, you'll have to have someone to take charge and put in the effort,” Stabley said. “It will be a task to take it on, but I don't see why that couldn't happen with the right somebody who has the right drive and the right motivation to keep something like this moving.”

SEE ALSO: The Campaign To Build A Memorial For The War On Terror Is Gaining Ground In DC