Maryland Congressman Dutch Ruppersberger was demanding answers Tuesday from the Pentagon after experiencing firsthand an active-shooter lockdown at Walter Reed... 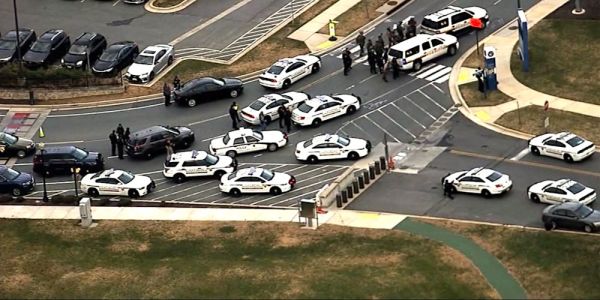 Maryland Congressman Dutch Ruppersberger was demanding answers Tuesday from the Pentagon after experiencing firsthand an active-shooter lockdown at Walter Reed National Military Medical Center in Bethesda, which officials alternately blamed afterward on a “false alarm” and an inadvertent mass notification made by staff preparing for a drill.

“It was botched. Somebody messed up,” Ruppersberger said. “I’m going to get with the Pentagon and find out how this happened.”

Ruppersberger, who sits on the House committee that handles defense appropriations, said he had just finished a personal medical appointment at the facility, the nation’s largest joint military medical center, when “somebody came up who works at the hospital and said, ‘We're sorry, there's an active shooter, you have to get in this back room.’”

He and about 40 others were then ushered through a pharmacy into a back conference room, where the doors were barricaded and the blinds were drawn as sirens could be heard approaching outside, he said. A message played at intervals over an intercom system saying there was an active shooter in the building. Emotions were raw.

“There were a lot of people who were very concerned and upset,” Ruppersberger said. “There was a lady next to me crying on the phone because her husband was also at the hospital in another spot.”

Ruppersberger tweeted that he was at the hospital and “currently safe in a conference room” with others about 2:30 p.m.

I am currently at Walter Reed Medical in Bethesda where we've been told there is an active shooter. I am currently safe in a conference room w/ approx 40 others.

Outside, confusion reigned as to what was occurring at the facility.

A spokesman for the Naval Support Activity Bethesda, which handles base operational support at the hospital, said the facility was on lockdown and that security personnel were sweeping the grounds but hadn’t found any evidence of a shooter. A Montgomery County police spokeswoman confirmed officers received a call reporting a possible active shooter and were responding to the scene in a “support and assist” capacity.

U.S. Navy and a Department of Defense spokeswoman then said the incident was a “drill,” without providing an explanation. Naval Support Activity Bethesda followed that up by saying they had received a call about an active shooter that was “a false alarm and not part of a scheduled drill.”

Then, the U.S. Navy said the incident was the result of an “improper use” of a mass notification system.

“While preparing for an upcoming drill, the notification system was inadvertently enacted without containing the words ‘EXERCISE’ or ‘DRILL,’” and people who saw the message alerted security, it said. Security then “responded accordingly and instituted an installation-wide active shooter response.”

…without containing the words "EXERCISE" or "DRILL." Individuals who saw the mass notification statement immediately notified NSA Bethesda security, where they responded accordingly and instituted an installation-wide active shooter response. … (2/3)

Ruppersberger said when the “all clear” was given about 3:20 p.m., and he heard from his staff that some military officials were saying it had all been a drill, he was angry — mostly on behalf of the military men and women receiving care in the facility, some of whom have been recently wounded in overseas conflicts, he said.

“What bothers me is that you have people with post-traumatic stress, you have people in that hospital who are really hurting and have problems, you have amputees,” Ruppersberger said. “To me, that’s not the way you do a drill and teach people how to deal with a situation like that.”

Just after 3:30 p.m., another tweet came from the congressman: “We've been given the all clear at Walter Reed — at no point was there any indication that this was a drill.”

Ruppersberger, a former prosecutor and Ocean City police officer, said he was not scared himself during the ordeal, just trying to remain calm and help others remain calm by talking with them.

He now wants to have more conversations, but with military leaders — about the nature of the incident, the ensuing confusion, the Montgomery County police resources that were expended, and the “anxiety that was caused” for those in the hospital.

“Something went wrong,” he said, “and I’m going to find out how so it doesn’t happen again.”