House Armed Services Committee leaders have pressed the Pentagon for a briefing by Tuesday on reports that Russian spies have been paying insurgents in Afghanistan to kill U.S. troops 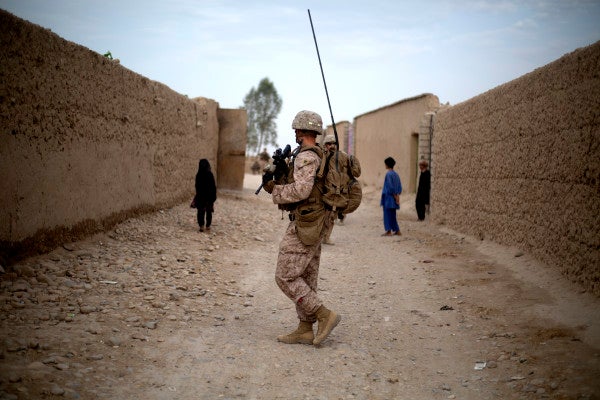 WASHINGTON — House Armed Services Committee leaders have pressed the Pentagon for a briefing by Tuesday on reports that Russian spies have been paying insurgents in Afghanistan to kill U.S. troops.

Adam Smith, D-Wash., the committee’s chairman, and Mac Thornberry of Texas, the panel’s top Republican, requested the briefing and have yet to finalize it, Thornberry told reporters Monday, saying: “It will not be acceptable to delay.”

“It is absolutely essential that we get the information and be able to judge its credibility,” Thornberry said of the reports about Russian payments to any Taliban-linked militants who kill Americans.

In a statement, Smith said “it is imperative” the committee receive detailed answer from the Defense Department.

“The American people – and our service members – deserve to know the truth about what the White House knew about these Russian operations that may have directly resulted in the deaths of American service members,” Smith said. “We must find out exactly what was known, and when it was known to hold the appropriate Administration officials and the Russian government accountable.”

Related: Rep. Ruben Gallego: the US needs to punish Russia for placing bounties on troops in Afghanistan

“This is a very serious and very disturbing allegation, if true,” Thornberry said.

Members of both parties have expressed concerns about the reported bounty and also about reports that President Donald Trump was briefed on it.

Trump has said he did not know.

“Intel just reported to me that they did not find this info credible, and therefore did not report it to me or @VP,” Trump tweeted on Sunday. “Possibly another fabricated Russia Hoax, maybe by the Fake News @nytimesbooks, wanting to make Republicans look bad!!!”

The president should have been briefed immediately if there was “even a hint” that U.S. troops were endangered, Thornberry said. He wants to know the timeline of “when we knew what.”

“It is essential that Congress know it and, depending on those answers, it may be appropriate for people who should have briefed the president to be removed if they did not follow their responsibilities,” he said.

“Congress needs to know what the intelligence community knows about this significant threat to American troops and our allies and what options are available to hold Russia accountable,” the California Republican wrote in a letter to Director of National Intelligence John Ratcliffe and CIA Director Gina Haspel.

This past weekend, Democrats and some Republicans in both chambers criticized the administration over the matter. Thornberry said members have expressed their concerns even more heatedly in private.

The Texas Republican tied the bounty issue to the question of withdrawing U.S. troops from Afghanistan. If the bounty stories are accurate and are followed by a U.S. and coalition drawdown in Afghanistan, he said, it would tell U.S. adversaries everywhere that killing U.S. troops is the way to push the United States around.

“What we can’t have is this idea that if you just target enough Americans, you can force them out,” he said. “That would just increase the incentive to have bounties on our soldiers all over.”

The need for a briefing on the bounties in the next 48 hours is due, Thornberry said, to the fact that the full House Armed Services Committee will mark up its fiscal 2021 defense authorization bill on July 1, and the House starts a two-week recess the following day.

The Senate will debate its own NDAA this week.

Both bills are likely to see debate over amendments to address the bounty issue.

Related: NATO officials say they were briefed on Russian bounties on US soldiers in Afghanistan — even though Trump claims he wasn't

Other Republicans, in addition to Thornberry, are upset about what the reports say about both events in Afghanistan and at the White House.

Sen. Lindsey Graham, R-S.C., tweeted Saturday that it is “imperative” Congress get to the bottom of the reports.

On another national security issue that speaks to White House leadership — a proposed cutback of U.S. troops in Germany — Thornberry said it is likely the House Armed Services Committee will consider legislation that would require the president to consult with allies, Congress and the military services before making a decision. He called it unlikely that the panel would seek to block the president’s ability to move troops around.

Defense Secretary Mark T. Esper is planning to brief the White House Monday on options for cutting the approximately 34,000 troops in Germany down to 25,000, a Pentagon spokesman told reporters.

On the question of whether homages to the Confederacy in the U.S. military, including base names, should be changed, Thornberry said local communities should be consulted before any changes are made. He did not say whether he would support a mandate that the names be changed.

Thornberry, who is retiring at the end of this Congress, expressed optimism that an NDAA could be sent to the president’s desk this year, for the 60th fiscal year in a row. He said issues such as border wall funding are being discussed in a more bipartisan fashion this year. But he worried that politically charged matters, including some that are unrelated to defense, could throw wrenches in the progress.