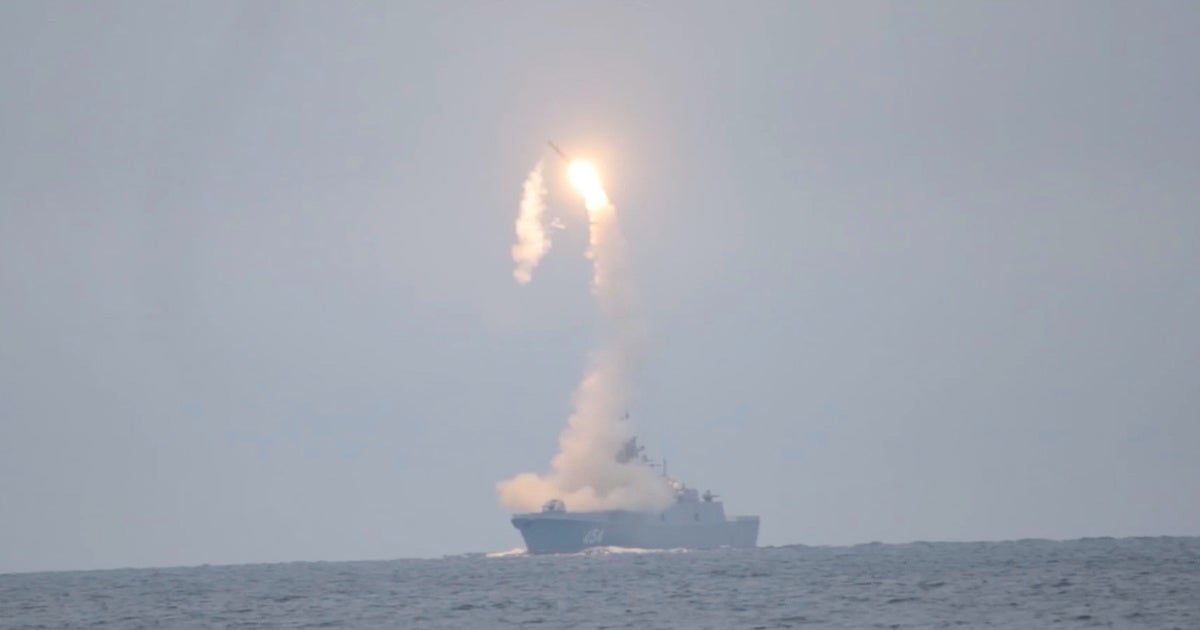 The Russian Ministry of Defense on Wednesday offered a first look at a new hypersonic anti-ship cruise missile being fired from a warship.

The defense ministry posted video of the launch on social media:

TASS reported that the missile flew at speeds of Mach 8 out to a range of about 280 miles, where it successfully hit a target.

“The work on the Tsirkon system and the stage of carrying out a successful test of this missile is a major event not only for the Armed Forces but for entire Russia,” said Putin, according to Russian state media. He turned 68 on Wednesday.

“Equipping our Armed Forces — the army and the fleet — with advanced weapons systems, which indeed have no rivals in the world, certainly ensure our state’s defense capacity for many years to come,” he added.

Despite earlier reports that the first test launch of the missile from a warship took place in January, the Russian defense ministry identified Tuesday’s test fire as the “first-ever launch” of the missile, potentially indicating that previously planned testing did not actually take place as thought.

In January, commander-in-chief of the Russian Navy Adm. Nikolai Yevmenov told RIA Novosti that the Tsirkon hypersonic missile expected to arm Russian frigates “in the coming years” was suffering from “childhood diseases,” a possible reference to development issues.

Putin first unveiled the Tsirkon missile during a threatening state-of-the-nation address in February 2019, when he claimed the weapon could reach speeds of Mach 9 and strike targets 620 miles away.

The missile, Gerasimov announced Wednesday, is expected to be adopted by both surface ships and submarines once testing is completed.

The development of hypersonic weaponry is a key area of competition for Russia, the US, and China because there is currently no defense against these weapons.

Despite what the name implies, hypersonic missiles are not a serious threat because of their speed. They are dangerous because they can maneuver and fly along unpredictable flight paths, giving them the ability to skirt missile defenses not designed to counter this type of threat.