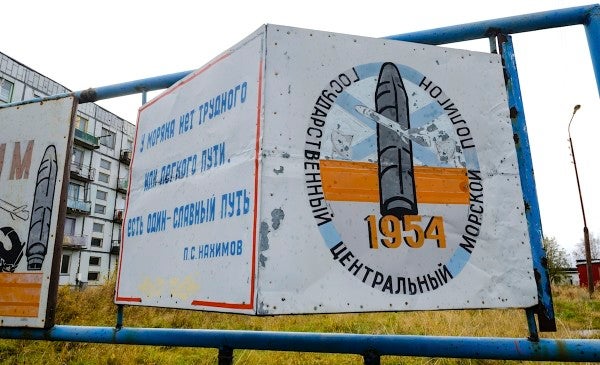 A mysterious explosion at a Russian weapons testing site earlier this month released various radioactive isotopes, creating a cloud of radioactive gases that swept across a nearby town, the country's state weather agency revealed Monday, and experts said the mixture removes all doubt about what exactly blew up earlier this month.

The deadly August 8 blast at the Nyonoksa military weapons testing range released a handful of rapidly-decaying radioactive isotopes Strontium-91, Barium-139, Barium-140 and Lanthanum-140, isotopes which have half-lives ranging from 83 minutes to 12.8 days, the Rosgidromet national weather and environmental monitoring agency said in a
statement Monday.

“These are fission products,” Joshua Pollack, a leading expert on nuclear and missile proliferation, told Insider. “If anyone still doubts that a nuclear reactor was involved in this incident, this report should go a long way toward resolving that.”

Alexander Uvarov, editor of the independent AtomInfo.ru news site, told the news agency RIA Novosti that these isotopes are products of nuclear fission involving uranium, AFP
reported Monday. These radioisotopes would potentially be released by a reaction involving uranium-235.

Nils Bøhmer, a Norwegian nuclear safety expert,
explained to The Barents Observer that “the presence of decay products like barium and strontium is coming from a nuclear chain reaction,” adding that “it is a proof that is was a nuclear reactor that exploded.” Edwin Lyman, an expert with the Union of Concerned Scientists, told the Guardian that the fission products detected and revealed Monday point to a reactor release.

Russia has been cagey with the details of the accident, which killed at least five and as many as seven people and triggered a radiation spike in nearby Severodvinsk.

In the aftermath of the explosion, Russia's explanation of the accident and its risks varied widely, several nuclear monitoring stations in Russia mysteriously went offline, doctors treating the wounded were forced to sign non-disclosure agreements as hospital records were destroyed, and one doctor was found to have a radioactive isotope in his muscle tissue.

Russia insists the cesium-137 detected in the doctor was the result of something he ate.

Russian authorities
claimed that the incident involved “isotope power sources in a liquid propulsion system,” but Bøhmer argued that short-lived radioactive isotopes would not have been produced by that sort of test.

Rosatom, Russia's state nuclear agency, said that Russia was working on new weapons when the explosion occurred but did not offer any details. It simply said that tragedy sometimes “happens when testing new technologies.”

Russian President Vladimir Putin recently
stressed that Russia is not hiding the details of the accident. He then said that “this is work in the military field, work on promising weapons systems.” He then added that 'when it comes to activities of a military nature, there are certain restrictions on access to information.”

Putin has boasted that the Burevestnik will be “invincible” and that it will have “an unlimited range, unpredictable trajectory and ability to bypass interception.” Right now, it doesn't actually work and may possibly be a greater threat to the people of Russia than any potential adversary.