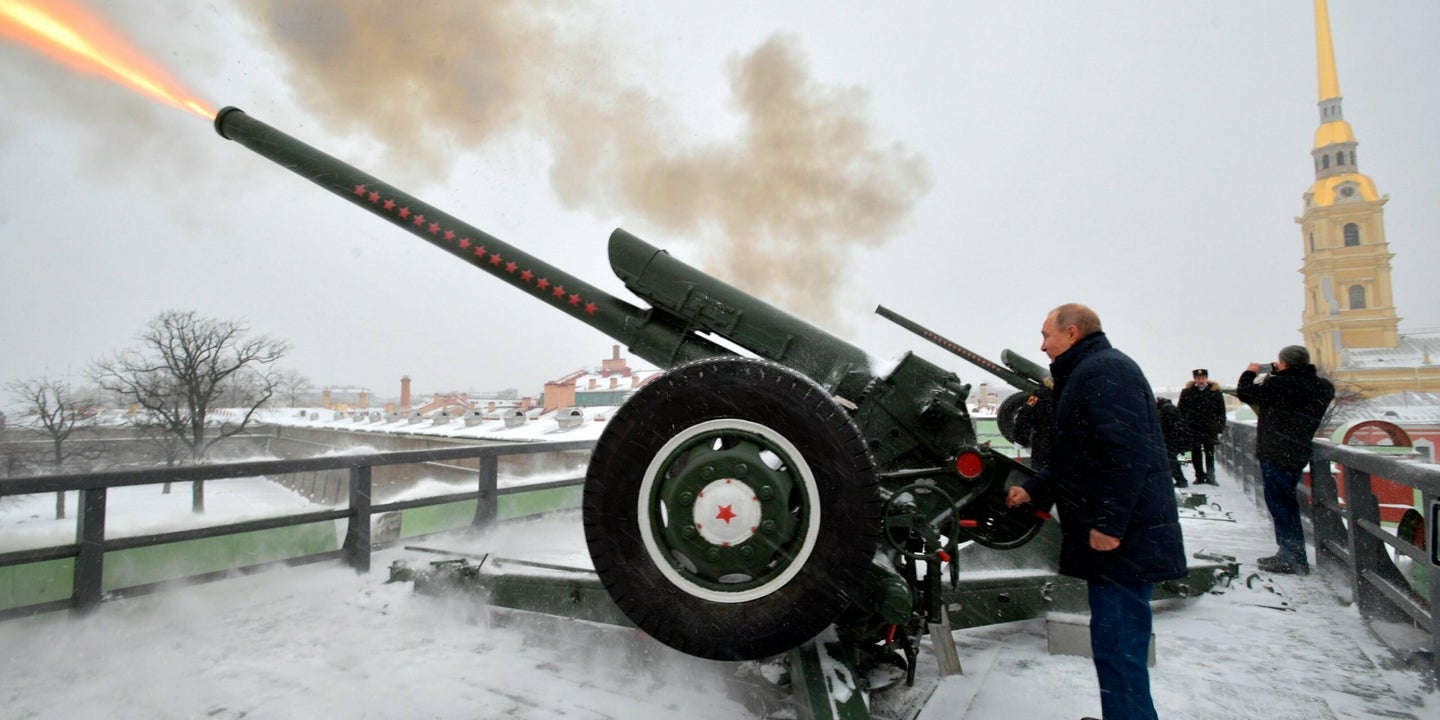 He threatened to target not only the host countries where U.S. missiles might be stationed but also decision-making centers in the U.S.

“It's their right to think how they want. But can they count? I expect they can. So let them count the range and speed of our weapons,” he said.

During his speech, he unveiled the new Zircon missile, a hypersonic weapon able to fly at nine times the speed of sound and strike targets 620 miles away, according to the AP.

The Russian president's rhetoric, a familiar return to last year's speech, comes just a few weeks after the U.S. decided to walk away from the Intermediate-range Nuclear Forces (INF) Treaty over Moscow's alleged violations of the arms control pact.

Russia, accused of violating the agreement with the development of the Novator 9M729 missile, which NATO refers to as SSC-8, has repeatedly denied any wrongdoing.

With the end of the treaty, both the U.S. and Russia threatened to develop new weapons, signaling the start of a new arms race.

Putin stressed Wednesday that Russia would not be the first to deploy ICBMs in Europe — something the INF Treaty banned — insisting that Russia does not “want confrontation, particularly with such a global power as the U.S.”

He added that if Washington takes that step, Moscow “will be forced, and I want to underline this, forced to take both reciprocal and asymmetrical measures.”

“We know how to do this and we will implement these plans immediately, as soon as the corresponding threats to us become a reality,” he added.

During last year's state of the nation address, Putin unveiled a suite of new weapons, including the Burevestnik invincible nuclear-powered cruise missile and the Poseidon nuclear-powered underwater drone, both of which are still in testing.

WATCH NEXT: What If Russia Went To War With China?