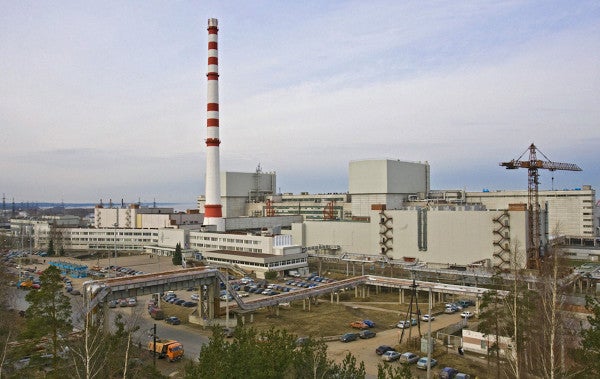 Russia on Saturday denied allegations that it was behind a cloud of radiation seeping into southern Scandinavia.

Last week, energy watchdogs in Finland, Sweden, and Norway reported increased levels of the Ru-103, Cs-134, and Cs-137 radioisotopes in June, according to The Associated Press.

The countries did not accuse Russia directly, but the Netherlands' National Institute for Public Health and the Environment (NIPHE) said on Friday that an analysis of the data showed that the radiation comes “from the direction of Western Russia.”

The pattern “indicates damage to a fuel element in a nuclear power plant,” the NIPHE said.

In response, a spokesperson for Rosenergoatom Concern, a branch of the centralized Russian nuclear energy company Rosatom, denied that there had been a leak.

Two nuclear power plants in western Russia, the Leningrad and the Kola, are “working in normal regime,” the spokesperson told state news agency TASS on Saturday.

“There have been no complaints about the equipment's work,” the representative said. “Radiation levels at both NPPs and surrounding areas remained unchanged in June.”

The International Atomic Energy Agency said it is aware of the reports, and has contacted Russia for clarification.

Russia has a long and turbulent history with nuclear power, including regular attempts to cover up leaks and explosions.

Most famously, Russia attempted to cover up a devastating explosion at the Chernobyl nuclear power plant in 1986. The 2019 HBO adaption of the event was derided in the Russian media.

Russia has 36 nuclear power reactors in total, according to the International Atomic Energy Agency.