Ex-Russian Spy And His Daughter Were Poisoned With Nerve Agent

Sergei Skripal, the ex-Russian double agent currently fighting for his life in a British hospital, was exposed to a nerve... 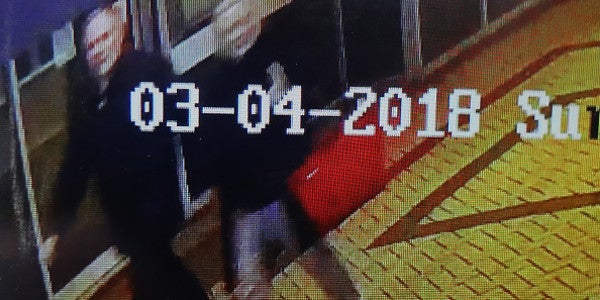 Sergei Skripal, the ex-Russian double agent currently fighting for his life in a British hospital, was exposed to a nerve agent, police have confirmed.

Skripal, 66, and his daughter Yulia were taken to hospital after collapsing on a bench in Salisbury, south England, on Sunday. They are both in critical condition at a nearby hospital.

British counterterror police are currently leading the investigation. Officers have not declared it a terrorist incident but said they were “keeping an open mind as to what happened.”

This confirms The Guardian's report earlier on Wednesday quoting intelligence sources as saying that the Skripals were attacked with a type of nerve agent.

Luke Harding, a Guardian reporter who previously lived in Russia, tweeted earlier that the fact that the Skripals were posioned with nerve agent “now looks highly likely he [Skripal] was a victim of a state plot.”

The Sun previously reported military scientists on the case as saying the pair might have been poisoned with a “hybrid” kind of thallium, a hard-to-trace heavy metal. Commonly found in rat poisons and insecticides, detectives originally thought former KGB spy Alexander Litvinenko was poisoned with thallium in London in 2006.

As anti-terror police investigate the suspected poisoning, one line of inquiry is that the former Russian army colonel was ambushed by attackers who sprayed him with a substance in the street.

Investigators were also considering the possibility that the chemical was sprayed in the Skripals' faces, according to the Daily Mail.

Skripal turned double agent in 1995 when he was recruited by the UK's Secret Intelligence Service, MI6.

He passed information to MI6 agents between 1995 and December 2004, when he was arrested. That was the verdict of a Moscow military court, which sentenced him to 13 years in prison for spying for Britain.

He was released in 2010 as part of a spy exchange between Russia and the US, and was granted asylum in the UK, where he lived in Salisbury under his real name.

Passerby Freya Church told the BBC that Yulia “looked like she had passed out” and Sergei “was doing some strange hand movements, looking up to the sky.”

Many experts and officials, including prominent Putin critic Bill Browder and UK Foreign Secretary Boris Johnson, have drawn parallels between Skripal's suspected poisoning and the death of Litvinenko, an outspoken Putin critic and ex-KGB spy who was poisoned in 2006.

Litvinenko died after drinking tea laced with polonium-210, a radioactive isotope. He accused Russian President Vladimir Putin of ordering his murder on his deathbed.

Russia, meanwhile, has poured cold water on suggestions that it was involved in Skripal's suspected poisoning.