U.S. Northern Command and the North American Aerospace Defense Command are closely monitoring a Russian submarine that surfaced near Alaska on August 27 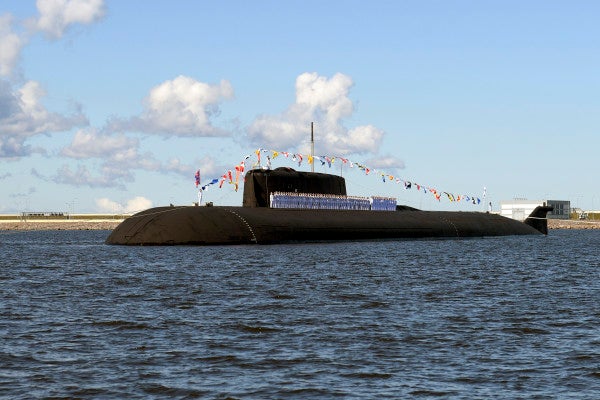 U.S. Northern Command and the North American Aerospace Defense Command are closely monitoring a Russian submarine that surfaced near Alaska on August 27.

“We closely track vessels of interest, including foreign military naval vessels, in our area of responsibility,” U.S. Northern Command said on Twitter.

It was unclear why the submarine surfaced. U.S. Northern Command said it had not received any requests for assistance from the Russian Navy or other mariners in the area.

“We always stand ready to assist those in distress,” the command’s tweet said.

It added that “Russian maritime activity” is taking place in international waters well outside the U.S. territorial sea.

U.S. military officials told the Associated Press that the submarine surfaced during a war-game exercise.

The presence of Russian ships caused concern among U.S. commercial fishing vessels in the Bering Sea on August 26, the U.S. Coast Guard said.

Multiple fishing vessels notified the Coast Guard that they had come across the Russian ships and were concerned, Coast Guard spokesman Kip Wadlow said earlier on August 27, according to AP.

The Coast Guard contacted the Alaskan Command at Joint Base Elmendorf-Richardson, which confirmed the ships were there as part of a preplanned Russian military exercise that was known to some U.S. military officials, Wadlow said.

Wadlow did not have information about the scope of the exercise or how many Russian vessels were involved.