Russia is testing the US military for weaknesses amid the COVID-19 pandemic, general says

Russia is testing whether the U.S. military has developed any weaknesses during the novel novel coronavirus (COVID-19) crisis, a top general said, noting three run-ins with that country's planes over a two-month period 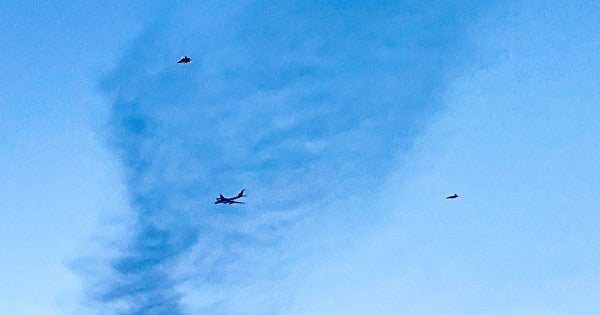 Russia is testing whether the U.S. military has developed any weaknesses during the novel novel coronavirus (COVID-19) crisis, a top general said, noting three run-ins with that country's planes over a two-month period.

“We just want to make it very clear to them … there are no vulnerabilities as a result of COVID-19,” Air Force Gen. Terrence J. O'Shaughnessy, head of U.S. Northern Command, told reporters Tuesday. “We are postured and maintain that ability to respond at a moment's notice.”

There is “no degradation in our ability to defend the homeland,” O'Shaughnessy added.

That was the second time in days Russian aircraft were spotted in the region. A Russian plane also flew within 25 feet of a Navy P-8A Poseidon reconnaissance aircraft last week. The aircraft was flying inverted at high speed, putting the Navy crew at risk, officials said.

O'Shaughnessy said Russia is likely to continue testing the U.S. — including near the homeland.

The Russian military isn't the only one appearing to test U.S. forces during the global pandemic.

A swarm of Iranian boats harassed U.S. Navy and Coast Guard ships in the Persian Gulf last week. China also sent its aircraft carrier into disputed waters in the Pacific as its state media mocked the U.S. military's struggles with the coronavirus, Newsweek reported, as a ship remains docked in Guam with thousands of cases.

North Korea has also fired “more missiles than ever” during the coronavirus crisis, according to Reuters.

O'Shaughnessy also pledged to “defend the homeland with a ballistic capability.”