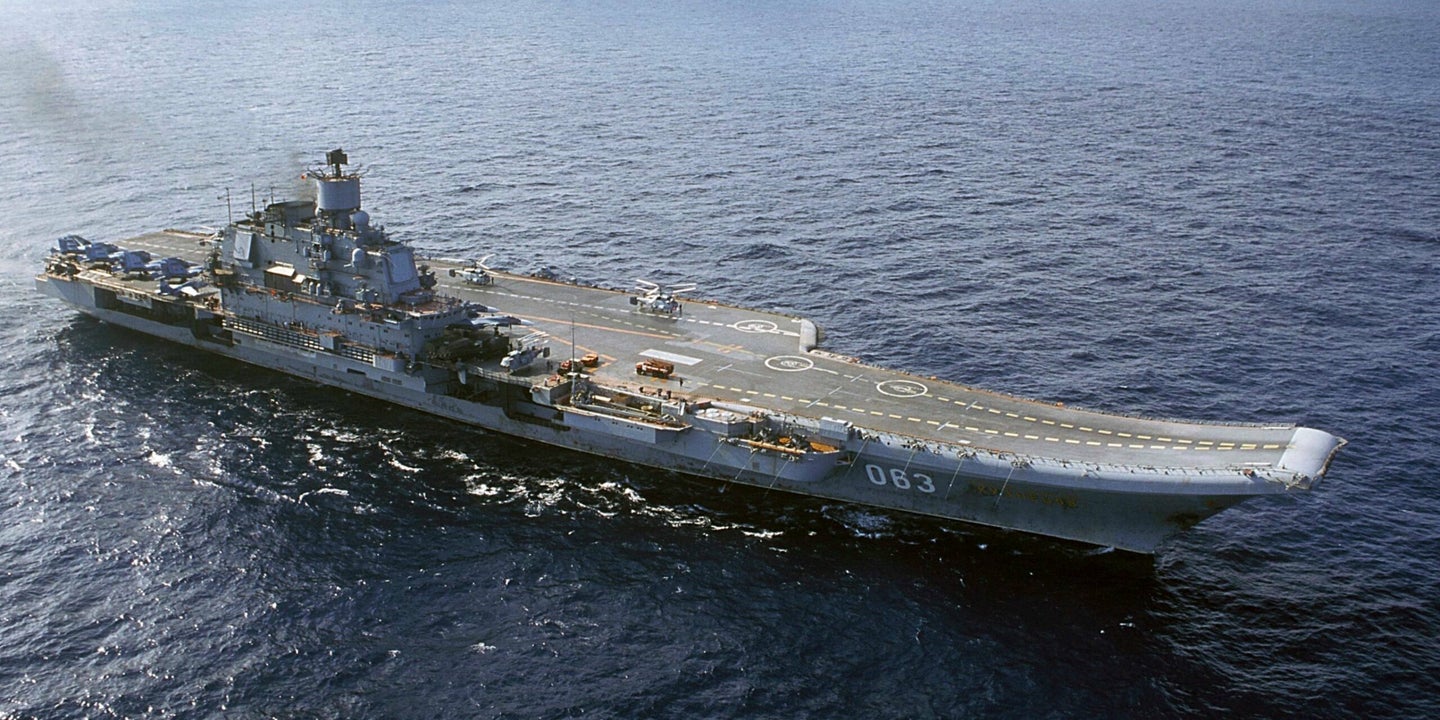 The carrier, a source told TASS, “will have a nuclear energy unit and displacement of about 70,000 ,” which would make it smaller than U.S. carriers but still larger than Russia's sole aircraft carrier, the steam-powered Admiral Kuznetsov, which suffered a devastating accident last fall.

Last summer, Russian media reported that the Russian navy had begun developing a nuclear propulsion system for a next-generation aircraft carrier. Development on the new carrier is expected to begin in 2023, and the ship could be delivered to the fleet by the late 2030s.

In the final years of the Cold War, the Soviet Union began work on a nuclear-powered carrier known as the Ulyanovsk, but the fall of the Soviet Union led the Russians to suspend development. The project was scrapped, and the ship's partial hull was disassembled.

The U.S. has 11 nuclear-powered aircraft carriers in its arsenal. China, a rising great power, has two conventional carriers resembling the Kuznetsov, but the country is working on a third carrier that could be the country's first modern flattop.

Russia's only aircraft carrier, the Admiral Kuznetsov, passes through the English channel en route to the Mediterranean belching black smoke. The carrier has never gone to sea without an oceangoing tug, which experts say is a 'cautionary tale' for the rest of the world(Getty Images/Leon Neal)

Russia, however, only has one carrier, and it's a bit of a disappointment.

The ship is rarely seen at sea. From 1991 to 2015, the Kuznetsov, sometimes described as one of the worst carriers in the world, set sail on patrol only six times. When it sets sail, the ship is accompanied by tugboats, preparation for problems.

Last fall, the carrier was severely damaged when the massive Swedish-built PD-50 dry dock at the 82nd Repair Shipyard in Roslyakovo sank with the carrier on board. A heavy crane fell on the vessel, punching a large gash in the hull and deck.

Russia's ability to repair the damage appears to be limited due to the damage to the shipyard, and there has been talk of scrapping the flagship rather than investing in costly attempts to repair a tired ship that brings only limited capabilities to the Russian Navy. On a 2016 mission in Syria, the carrier saw the loss of two onboard fighter jets in just three weeks due to failures of the ship's arresting wires.

A new nuclear-powered aircraft carrier would certainly provide a capabilities boost, but it's a tall order, especially as the Russian military has struggled to find funding for other big defense projects.

SEE ALSO: A Look At The Admiral Kuznetsov, Russia's Only Aircraft Carrier And Floating Garbage Pile

WATCH NEXT: Watch A Russian Warship Ram A Ukrainian Tugboat