Up to 15,000 troops were due to parade alongside military hardware on May 9 to mark the 75th anniversary of the Soviet Union's World War Two victory. 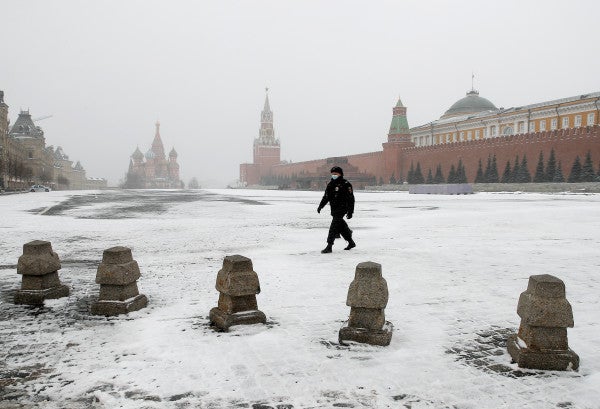 MOSCOW (Reuters) – Russia's ministry of defence said on Monday it had ordered thousands of troops into a two-week quarantine after a vast Red Square military parade in Moscow they had been rehearsing for was called off because of the novel coronavirus pandemic.

Up to 15,000 troops were due to parade alongside military hardware on May 9 to mark the 75th anniversary of the Soviet Union's World War Two victory, an event the Kremlin hoped would showcase Russia's military and diplomatic clout.

But a sombre President Vladimir Putin was forced to push back the commemorations last week to a later, unspecified date.

Putin said the Victory Day events, including the parade he personally oversees from a raised stand every year, were “sacred” to Russians, but that the coronavirus outbreak in Russia meant the event was too risky to hold.

TV footage of rehearsals showed thousands of troops marching in lockstep next to one another at a training ground outside Moscow earlier this month. There was no evidence of social distancing and none of them were shown wearing masks.

All of the soldiers who took part in the rehearsals in Moscow would be sent back to their permanent garrisons across the country where they would be isolated for a fortnight, the defence ministry's Zvezda TV channel said on Monday.

The ministry did not say if the quarantine was anything more than a precaution and whether any of its soldiers had fallen ill or been put under observation, but that all military vehicles, trains and aircraft used to rebase them would be disinfected.

The soldiers had been issued personal protective equipment to be rebased, it said.

Russian media reports suggest the virus has in fact spread among those who took part in rehearsals.

The head of St Petersburg's Nakhimov cadet school, who had been rehearsing for the parade, told the Fontanka media outlet on April 16 that he was in hospital with a fever and had been tested for the coronavirus, though his results had not yet come back.

Confirmed infections in Russia have risen rapidly this month, despite authorities imposing lockdown restrictions in Moscow and elsewhere.

Russia's Kommersant newspaper last week reported that, as of the end of March, three people in the military had caught the coronavirus and at least 133 people been put under observation.