The 45 ventilators were never used in the U.S., and some of them were the same model that may have caused fires that killed several COVID-19 patients in Russia 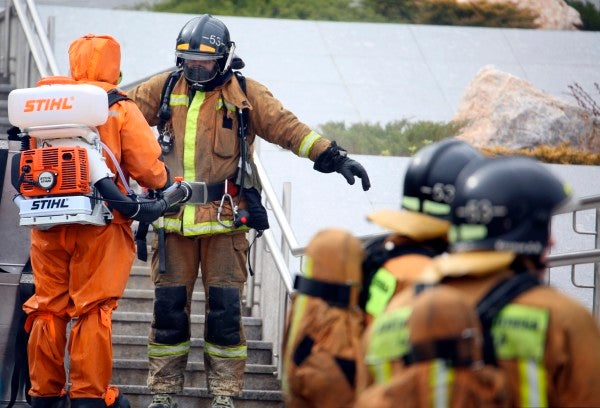 It was billed as a gesture of goodwill, a way to start improving toxic relations between Moscow and Washington as both countries battle the coronavirus. But the shipment of ventilators and other supplies was plagued by confusion and mixed messages from the start.

Was it humanitarian aid? Was it a purchase of equipment that the United States was capable of manufacturing itself? Who paid for it? Did anyone realize that the Russian companies involved might fall under U.S. Treasury Department sanctions? Was the Kremlin seeking a propaganda victory? Was it mocking the United States?

Now it turns out that the 45 ventilators were never used in the United States — and some of them were the same model that may have caused fires that killed several COVID-19 patients in Russia, prompting Russian regulators to issue an unusual suspension order for their use at a time when such machines are badly needed.

From the beginning, the shipment was portrayed by the Kremlin as a magnanimous gesture. State media broadcast stories about it, including footage of the Antonov cargo jet being loaded with boxes, printed with the words “From Russia With Love.” Along with the ventilators came masks, gloves, and other medical supplies.

Russia's ambassador to the United States called it a “humanitarian mission.”

“We are sure that the U.S., if necessary, will also assist us and we will gladly accept the aid. Without any politicization,” Anatoly Antonov said in a Facebook post.

A day after the shipment arrived in New York City, U.S. President Donald Trump praised his Russian counterpart, Vladimir Putin, and was asked about whether he feared it could be seen as a propaganda ploy.

“I'm not concerned about Russia and propaganda, not even a little bit,” Trump told reporters at the White House on April 2. “There is a lot of medical, very high-quality stuff that I've accepted. It may save a lot of lives and I will take it every day.”

But further questions arose when the U.S. State Department contradicted Russian officials, saying that in fact the supplies were not a donation but a purchase. Russian Foreign Ministry spokeswoman Maria Zakharova then added another wrinkle, confirming the shipment was a purchase but that Washington and Moscow had split the costs.

Moreover, she revealed that Russian costs were borne by the Russia Direct Investment Fund (RDIF), the $10 billion sovereign wealth fund set up by the government to attract investment into Russia.

And, of the 45 ventilators that were included in the shipment, many were supplied by the Urals Instrument-Engineering Plant, a factory owned by a company called Radio-Electronic Technologies Concern, or KRET.

KRET, in turn, is owned by Rostec, a massive state conglomerate that encompasses some of Russia's best-known military and technology manufacturers.

Both RDIF and Rostec have been hit with sanctions by the U.S. Treasury Department. RDIF — along with its former parent company, state-owned Vnesheconombank — was targeted in 2015 as part of Western sanctions to punish Russia for its seizure of Ukraine's Crimean Peninsula the previous year. Rostec was sanctioned for similar reasons.

An RDIF spokesman told RFE/RL last month that the existing U.S. sanctions did not apply to the fund in this case.

A spokesman for the U.S. Treasury Department, meanwhile, provided a similar explanation, but also suggested that U.S. authorities might provide exemptions to existing sanctions on a case-by-case basis.

“It does not appear the exporter of the humanitarian deliveries received from the Russian government is a sanctioned or blocked person under the Russia/Ukraine related sanctions authorities,” the spokesman told RFE/RL. “To the extent that such sanctions apply, Treasury has authority to license U.S. persons to engage in transactions that are consistent with U.S. foreign policy and national security interests.”

The value of the overall shipment was not revealed by either the United States or Russia at the time of the shipment’s delivery.

However, an ABC News report on May 1 said that Russia had billed the United States $660,000 for the supplies. A record of the supplies, which was provided by the Federal Emergency Management Agency (FEMA), which is coordinating the U.S. government response to the pandemic, said they included a total of 4,000 M-95 masks — military-grade masks used to protect against biological and chemical agents. The agency said the shipment also included 15,000 respirators, 30,000 surgical gloves, and 400,000 pieces of medical clothing, and other smaller items.

At least 15 of the ventilators were identified as Aventa-M models, while 25 were made by a different Russian manufacturer; the origin of five others was unclear.

Using publicly available price lists, RFE/RL determined that the ventilators together would probably cost at least $1 million on a nondiscounted retail basis.

At the time of the shipment's arrival, neither U.S. federal officials nor state officials in New York or New Jersey — the two worst-hit U.S. states — revealed where exactly the supplies would be utilized and how.

On April 20, a U.S. government official familiar with the logistics of the shipment told RFE/RL that the items were not being distributed, and were sitting unused in New York City-area warehouses.

FEMA spokeswoman Janet Montesi said on May 12 that the ventilators had never been distributed to U.S. hospitals because the number of COVID-19 cases in the region had stabilized.

“The flattening curve meant these ventilators were not needed,” she said in a statement that was first reported by BuzzFeed News.

“Out of an abundance of caution, the states are returning the ventilators to FEMA,” she said.

Montesi did not elaborate on what was meant by “an abundance of caution.”

On May 13, Russia's health-industry regulator announced it was ordering that the use of all Aventa-M ventilators manufactured after April 1, 2020, be suspended, citing the two fires.

It was unclear why the agency said only devices made after April 1 — the date of the Russian shipment's arrival in the United States — would be suspended from use, nor was it clear if the devices would be recalled in Russia.

The Ural facility is one of Russia's main manufacturers of ventilators and related medical equipment. The Russian government recently announced a major order for thousands of new ventilators, as the country struggles with a climbing number of cases and hospitalizations.

No one at the press service for the health-industry regulator, Roszdravnadzor, answered calls from RFE/RL seeking further comment.

Russia now has the second-highest number of confirmed coronavirus cases in the world, after the United States.

Speaking to reporters at the White House on April 15, Trump suggested that the U.S. government would be reciprocating the Russian gesture.

“I think Russia is going to need ventilators. They're having a hard time in Moscow. We're going to help them,” Trump said in a televised briefing.

A month later, it's unclear if that's still the plan.

After a phone call on May 7, the Kremlin said that Trump had offered to send a shipment of medical equipment to Russia. The White House put it slightly differently, saying Trump told Putin that the United States was “ready to provide assistance to any country in need, including Russia.”