The Russian navy is apparently outfitting its warships with a new naval weapon designed to blind and confuse enemies and, sometimes, make them want to hurl, Russian media said this weekend 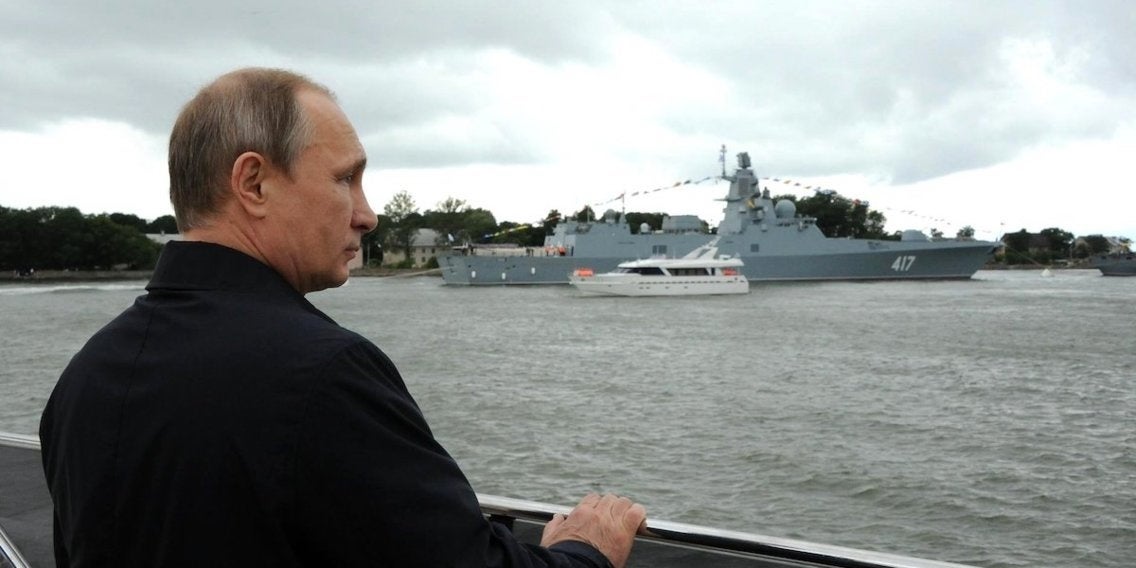 The Russian navy is apparently outfitting its warships with a new naval weapon designed to blind and confuse enemies and, sometimes, make them want to hurl, Russian media said this weekend.

Each frigate, both part of Russia's Northern Sea Fleet, has been outfitted with two Filin stations. Two additional frigates currently under construction are expected to also carry the blinding weapon.

The new device is a dazzler-type weapon that works like a strobe light, emitting an oscillating beam of high-intensity light that negatively affects an enemy's ability to aim at night.

The dazzling weapon was tested against volunteers firing assault weapons, sniper rifles, and machine guns at targets protected by Filin from two kilometers away. All of the participants experienced difficulties aiming, and 45% had complaints of dizziness, nausea, and disorientation. Twenty percent of volunteers experienced what Russian media has characterized as hallucinations. Participants described seeing floating balls of light.

The concept behind “dazzling” weapons has been around for decades in one form or another.

Blinding weapons, particularly lasers, that cause permanent blindness are prohibited by the Protocol on Blinding Laser Weapons. As Russia's weapon reportedly only causes temporary blindness, there would be no legislative restrictions on its use, not that legal issues may be of any real concern.

SEE ALSO: Russia's Robot Tank Sucks, But Its Military Is Adopting It Anyway

~d:fs
~popular_source-pageview
How The Other Half Fights
military tech
news