President Donald Trump was briefed on intelligence related to possible Russian bounties on US troops in Afghanistan, both The New York Times and Associated Press reported, though they each gave a different timeline 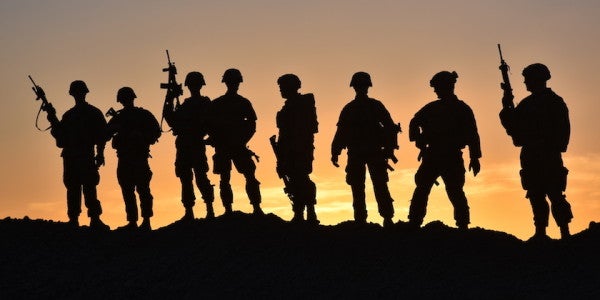 President Donald Trump was briefed on intelligence related to possible Russian bounties on US troops in Afghanistan, both The New York Times and Associated Press reported, though they each gave a different timeline.

U.S. officials with direct knowledge of the intelligence told the AP that top officials in the White House were aware of the alleged Russian plot in early 2019, which was included in at least one of Trump's daily briefings.

Former national security adviser John Bolton also told colleagues that he briefed Trump on the matter in March 2019, according to the AP.

On Monday, The Times reported that Trump was provided with a written briefing on the matter in February 2020, saying it was included in Trump's President's Daily Brief. One official told The Times that the intelligence appeared in Trump's briefing in late February, another pinpointed the date to February 27.

The Times first detailed the intelligence briefing on Friday, citing unnamed intelligence officials as saying that Russia was thought to have covertly offered money to Taliban-linked militants to kill coalition forces in Afghanistan. The officials told The Times that Trump was made aware of the matter in March 2020 but chose not to act.

The White House has denied that Trump knew about the intelligence

On Saturday, White House press secretary Kayleigh McEnany said neither Trump nor Vice President Mike Pence had been briefed on the intelligence.

“The United States receives thousands of intelligence reports a day, and they are subject to strict scrutiny,” McEnany said.

On Sunday, Trump denied knowing about the intelligence briefing, saying that the US intel “did not find this info credible” and did not report it to him or Pence. He called the Times report “possibly another fabricated Russia Hoax.”

Trump's national security adviser Robert O'Brien wrote in a statement on Monday that because the allegations were not “verified or substantiated by the Intelligence Community,” Trump was not briefed on them. The statement also slammed government officials who leaked the classified information out, saying that it “betrayed the trust of the people of the United States.”

The Russian Foreign Ministry said the allegations were fabricated by U.S. intelligence agencies.

“That unpretentious fake clearly demonstrates low intellectual abilities of U.S. intelligence propagandists who have to invent such nonsense instead of devising something more credible,” the Foreign Ministry said, according to the state-owned TASS news agency.

But intelligence officials cast doubt on the White House's narrative

Three NATO officials told Business Insider on Monday they had been briefed on the matter by US intelligence.

“We were briefed [by the Americans] on a potential threat to our troops in Afghanistan from operatives potentially linked to the Russian intelligence services,” one NATO military intelligence official told Business Insider.

“There is no indication that our troops — or any non-US NATO troops — have been targeted in these attacks, but all NATO services with casualties in Afghanistan over the past two years are currently checking for any connections,” the official added.

Former national security officials have cast doubt on the White House's claim that Trump was not aware of the intelligence before the bombshell report by The Times.

David Priess, a CIA agent during Bill Clinton and George W Bush's presidency, wrote in a Twitter thread that the communication error either represented a failing by the national intelligence community or by Trump himself.