During a U.S. and Ukrainian-led multinational maritime exercise, a Russian destroyer created a "dangerous situation" by sailing into an area restricted for live-fire drills, the Ukrainian Navy said in an statement 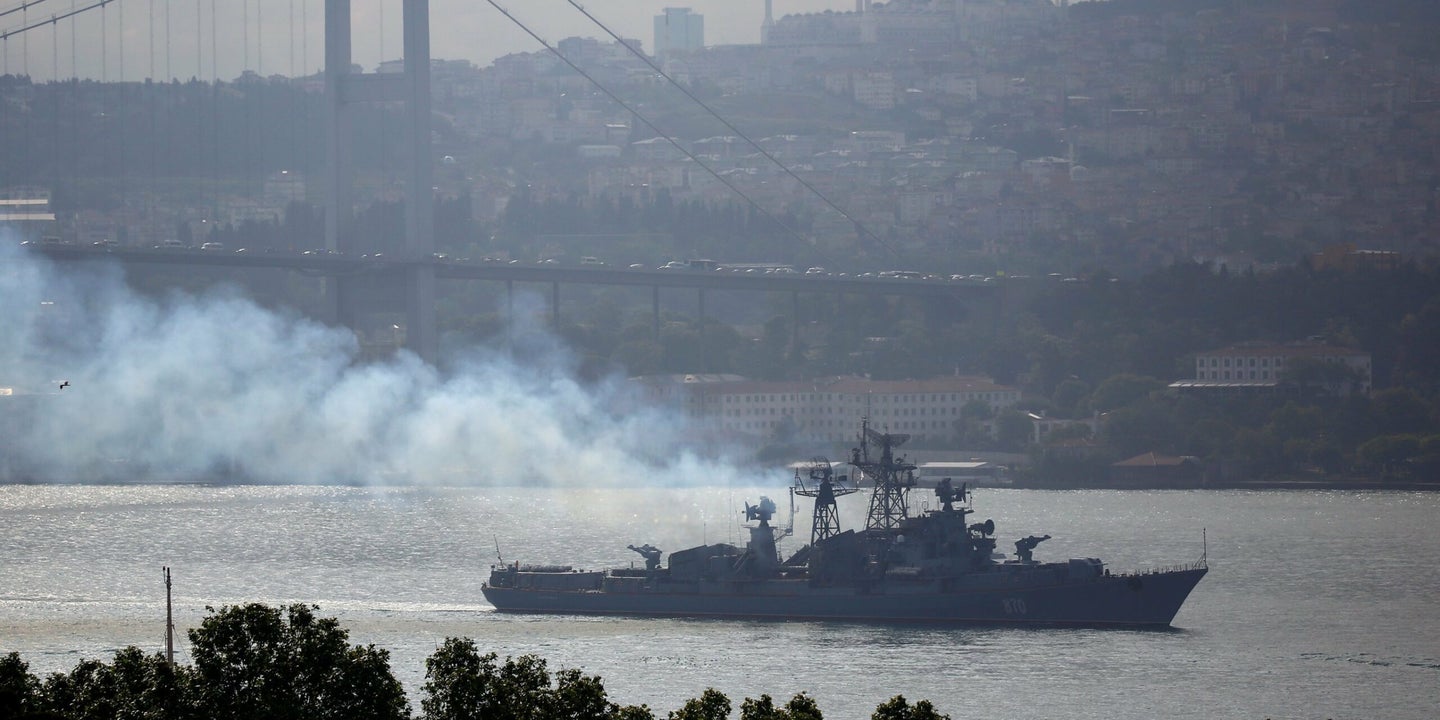 During a U.S. and Ukrainian-led multinational maritime exercise, a Russian destroyer created a “dangerous situation” by sailing into an area restricted for live-fire drills, the Ukrainian Navy said in an statement.

On Wednesday, the Russian Kashin-class guided-missile destroyer Smetlivy purposefully sailed into an area eserved for naval gunfire exercises, part of the latest iteration of Exercise Sea Breeze, the Ukranian Navy said in a Facebook post.

“The Russian Federation once again showed its true face and provoked an emergency situation in the Black Sea, ignoring international maritime law,” the post explains, according to a translation by Ukrainian media.

The Ukrainian frigate Hetman Sahaydachniy attempted to communicate with the Russian ship, but the latter is said to have feigned communication problems.

The Russian military, which has been conducting drills in the same area, says that the Ukrainian Navy is lying.

“The Ukrainian Navy's claim that the Black Sea Fleet's Smetlivy patrol vessel has allegedly entered a closed zone where Sea Breeze-2019 drills are held is not true,” Russia's Black Sea Fleet said in a statement carried by Russian media. “Smetlivy acts in strict compliance with the international law.”

A U.S. Navy spokesman told Defense One that the Russian ship was present but declined to offer any specific details on the incident. “The presence of the Russian ship had no impact to the exercise yesterday and all evolutions were conducted as scheduled,” Lt. Bobby Dixon, a spokesman for the US Navy's 6th Fleet, told the outlet.

He added, without elaborating, that “it can be ill-advised to enter an area given the safety hazard identified in a Notice to Mariners.”

The 19th iteration of Exercise Sea Breeze began on July 1 and will conclude Friday. The drills involved around 3,000 troops, as well as 32 ships and 24 aircraft, from 19 different countries and focused on a variety of training areas, including maritime interdiction operations, air defense, amphibious warfare, and more.