Russian news site claims it was ‘hacked’ after revealing 9,800 troops died in Ukraine 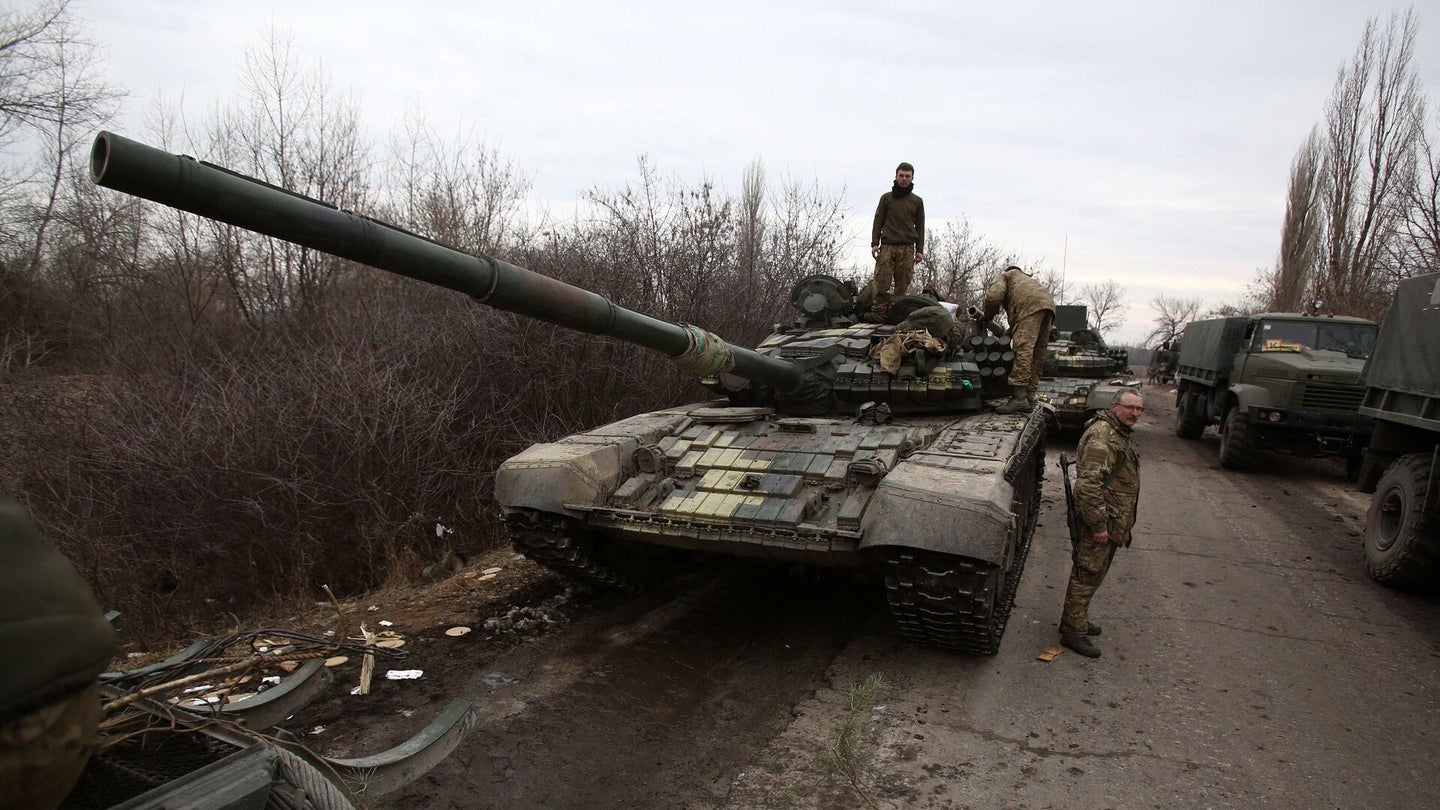 Ukrainian servicemen get ready to repel an attack in Ukraine's Lugansk region on February 24, 2022. Russian President Vladimir Putin launched a full-scale invasion of Ukraine on Thursday, killing dozens and forcing hundreds to flee for their lives in the pro-Western neighbor.(Photo by Anatolii Stepanov/AFP via Getty Images).
SHARE

After almost a month, the Russian invasion of Ukraine seems to be at somewhat of a standstill. Foreign troops are joining up, with mixed results, arms are being supplied to Ukraine, and the Russian military remains seemingly stalled outside many of Ukraine’s largest cities.

There have been well-documented logistical setbacks, Ukrainian drone strikes, ambushes, and some strategic failures on the Russian side, but what is happening on the battlefields of Ukraine remains hard to discern. On Sunday, Igor Konashenkov, a representative of the country’s ministry of defense, provided an update on the action.

“According to the Ministry of Defense of the Russian Federation, during the special operation in Ukraine, the Russian Armed Forces lost 9,861 people killed, 16,153 people were injured,” reads the quote, published by Komsomolskaya Pravda, one of Russia’s daily newspapers.

A subsequent update of Pravda’s story removed any reference to casualties, and replaced it with the claim that Russian troops were “completing the defeat of the nationalist Donbas battalion.”

In other words this apparent refutation of the news from Ukraine may reveal that Russia has already sustained nearly 25,000 casualties in just a month of fighting.

Sorting through the vast amounts of information available about this war is challenging. When nearly everyone has a camera, it’s difficult to tell what is real and what is part of the information war being waged between Russia and Ukraine. But nearly 25,000 casualties in a month is a staggering figure. To put that in perspective, less than 7,000 U.S. service members were killed during 20 years of fighting in Iraq, Afghanistan and elsewhere as part of the Global War on Terror.

As for Russia’s response to the quickly deleted disclosure? Hacking.

Though the exact figures are hard to pin down, there have been some significant revelations about Russian casualties since the invasion began on Feb. 24. We know that Russian generals are dying on the front lines, and at least five have reportedly been killed. At the beginning of March, Russia admitted to around 2,000 casualties. The BBC has confirmed the names of at least 557 casualties, including a general and five colonels.

That isn’t even accounting for the casualties suffered by the Ukrainian military and the civilians who are caught in the fighting.

In the past month, the seeming incompetence of the Russian military has itself become fodder for memes and other information broadcasts. There has been St. Javelin and the almost endless videos of Russian military vehicles towed away by Ukrainian farmers.

But if the recent apparent disclosure of casualty numbers from Russian media are to be believed, things are not going well for the Russian military in Ukraine.