The same Russian "troll factories" that sought to influence the 2016 elections have continued to target service members, veterans and their families online with "hateful and divisive messages," according to a two-year investigative report by Vietnam Veterans of America. 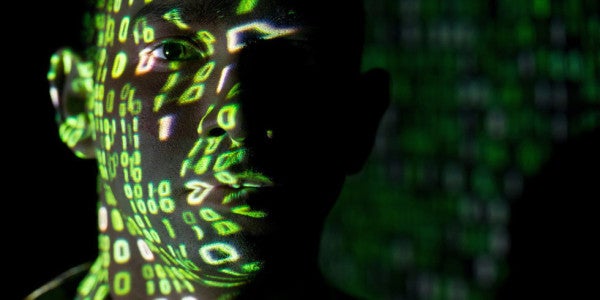 The same Russian “troll factories” that sought to influence the 2016 elections have continued to target service members, veterans and their families online with “hateful and divisive messages,” according to a two-year investigative report by Vietnam Veterans of America.

“They're incredibly good at branding” and are seeking to “pit us against each other” in the military and veterans community, said Kristofer Goldsmith, VVA chief investigator and author of the 191-page report.

Much of the activity on social media pages such as Facebook is benign, he said.

But posts by bogus groups posing as legitimate veterans organizations were seeded with messages and false news reports intended to “gin up hatred, anger and discord in the U.S.,” said Goldsmith, a former Army sergeant who served in Iraq.

“Their goals are to perpetrate financial fraud, spread anti-American propaganda, manipulate the online public community spaces and sow discord by exploiting and inflaming national divisions,” the VVA report said of the bogus groups.

“While their objectives also include election interference, their activities and their effects continue without interruption year-round and are not limited to political elections,” the report added.

In February 2016, a federal grand jury empaneled by then-special counsel Robert Mueller indicted Prigozhin, three of his companies and 12 employees for attempting to interfere in U.S. politics, including the 2016 presidential election.

He told Russia's state-run RIA Novosti news agency at the time, “Americans are very impressionable people. They see what they want to see. If they want to see the devil, let them see one.”

The VVA report also found that China separately took part in the trolling.

In a phone interview with Military.com, Goldsmith said he began investigating the trolling of service members, veterans and their families when he came across a suspicious Facebook page in 2017 by a group calling itself “Vietnam Vets of America.” It was using the official VVA logo.

He said he traced the site to a Bulgarian “troll farm” with ties to Prigozhin's Internet Research Agency.

The bogus Vietnam Vets of America would mix legitimate news stories with fake ones intended to divide the veterans community on such issues as policing in the African-American community, Goldsmith said.

Although many of the bogus fronts have been removed from social-media platforms, “their posts and comments continue to be propagated and disseminated by foreign administrators,” also known as “admins,” who maintain and manage online sites, according to the report.

It cited the example of the U.S.-focused Facebook page “Veterans Nation” for spreading Russian-generated content through admins in Vietnam, Brazil and Ukraine.

The report also cited the “Honoring our American Heroes” Facebook page, which had admins in Indonesia, Iran, Malaysia, the Philippines and Vietnam.

The foreign admins have also used the logos of other veterans service organizations to “exploit the reputations of these established and legitimate veterans organizations to spread false, politically divisive, and hateful content while peddling counterfeit merchandise,” according to the report.

“Gold Star families have frequently been exploited by foreign admins who politicize photos of the families mourning over the casket of their fallen service member,” it said.

Goldsmith said the VVA published the report in hopes that it would spur the FBI and other agencies of the executive branch to take a closer look at the online trolling aimed at veterans.

The report called on the White House to elevate American cybersecurity to the cabinet level by executive order, “thereby prioritizing and centralizing our response and safeguards to risks from bad actors.”

The Department of Veterans Affairs also should train and educate veterans on their personal cybersecurity and “how to identify instances of online manipulation,” according to the report.