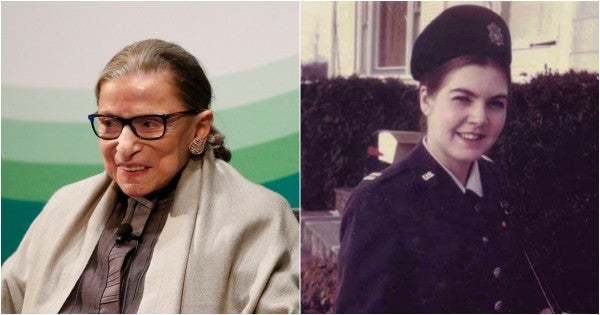 Sharron Cohen in 1973 was known as Sharron Frontiero, a young U.S. Air Force lieutenant in Montgomery, whose sex discrimination lawsuit became the first case Ruth Bader Ginsburg ever argued before the Supreme Court.

Her superiors at nearby Maxwell Air Force Base, where she worked as a physical therapist, repeatedly refused to grant her the housing allowance and medical benefits automatically given to married male service members.

That meant she made less in wages than men of equal rank. Instead, the Air Force insisted she had to prove that her husband depended on her for half his living expenses, a stipulation not required of men.

Cohen grew up in a working–class family and put herself through school, becoming one of the first in her family to graduate from college. Her husband, Joseph, whom she married in 1969, was still a student. The full housing allowance would be a significant financial help.

A lawsuit filed on her behalf by the founders of the Southern Poverty Law Center was unsuccessful. The ACLU and its new Women’s Rights Project division heard about the case and asked to be involved. The case was argued before the Supreme Court on Jan. 17, 1973.

Four months later, the court ruled 8-1 that the Air Force policy violated Cohen’s rights. Specifically, the court’s majority found it violated the due process clause in the Fifth Amendment, which says the federal government can deprive no one of life, liberty or property without due process of the law.

Cohen wasn’t in court when the decision was handed down; she didn’t realize she could attend. By then, she had moved on with her life. She and Joseph divorced. She retired from the Air Force after four years, remarried and had a son, Nathan. She and David Cohen, her husband of more than 40 years, now live in Massachusetts and enjoy spending time outdoors and with their grandchildren and family.

Cohen still identifies as “deeply, deeply feminist” and worries about the coming political battle over the filling of Ginsburg’s seat, and what it might mean for the issues she cares about.

“It scares me as much as it scares a lot of people,” she said. “And it isn’t worthy of her legacy. She didn’t owe us anything. She gave everything.”