Soldier brought back from Afghanistan deployment to face rape charges

He has posted bond. 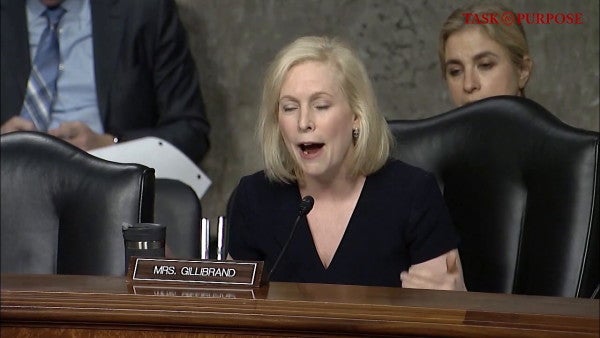 An active-duty soldier with the 82nd Airborne Division has been brought back from a deployment to Afghanistan to face charges he allegedly raped an Auburn University student at a hotel in 2018.

On Tuesday, he was charged with five counts of rape in the first degree, according to ADP, and “transported to the Lee County Jail and held on a $500,000 bond.” By Wednesday afternoon, Petro had posted bond, the Lee County Sheriff's Office confirmed to Task & Purpose.

The victim, a 19-year-old student at Auburn University who was an acquaintance of Petro's, reported being sexually assaulted by Petro in a hotel in May 2018, according to APD. Petro was identified as the assailant by a forensics team with the Alabama Department of Forensic Sciences, the Auburn Police Department said.

Upon landing at Fort Bragg from Afghanistan in September, Petro was immediately handed over to the Cumberland County North Carolina Sheriff's Department the same day, where he stayed in custody until Oct. 1, according to Lt. Sean Swain. He was taken into APD custody on Oct. 8. Swain said those transports are not direct, meaning that he was most likely picked up in North Carolina by a transport company that made other stops along the way before delivering him to the APD.

“When an individual enters into the military they are held to high moral and ethical standards and the overwhelming majority of our Paratroopers live by the Army values on a daily basis. We are working with local authorities in any way we can.”

Army CID chief of public affairs, Chris Grey, confirmed to Task & Purpose that the agency is assisting with the investigation, though APD is taking the lead.