On Nov. 24, the Marine Corps announced BAE Systems and SAIC as finalists to build the service’s new amphibious combat... 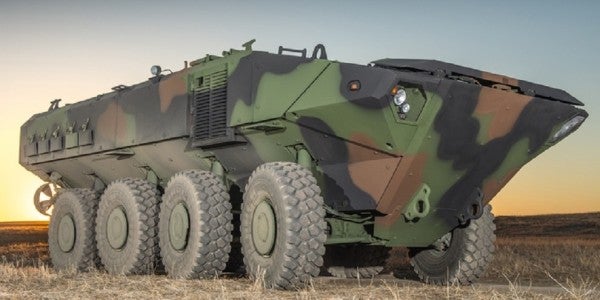 On Nov. 24, the Marine Corps announced BAE Systems and SAIC as finalists to build the service’s new amphibious combat vehicle. Currently, the Corps relies on amphibious vehicles that are decades old and the last attempt to field a new fleet was cancelled after $3 billion and little to show for it.

The two finalists received contracts to construct 13 prototypes, with three more pending, that will undergo a rigorous evaluation process, testing at sites across the country to see how well they move through water and survive blasts, reports The Washington Post.