Sailor charged with alleged rape during leave in Idaho

A sailor named Koby E. Thrasher, 22, was charged with rape in Idaho on Thursday. The alleged victim told Lewiston police she had invited Thrasher to her home while he was on leave 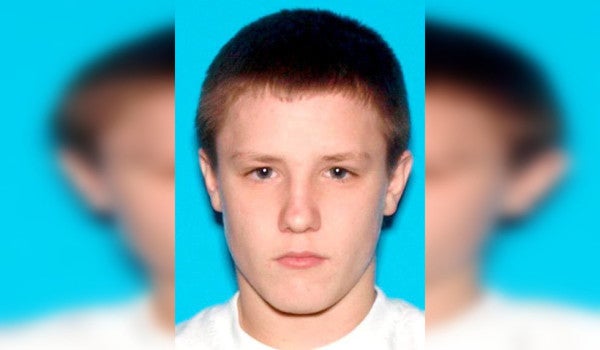 A Lewiston man serving in the U.S. Navy was charged with rape in Nez Perce County 2nd District Court on Thursday.

According to a probable cause affidavit, a woman alleged Koby E. Thrasher, 22, of Lewiston, raped her after she invited him to her home on Oct. 6 of last year. The woman's name was redacted in court documents, and it's the policy of the Lewiston Tribune not to identify alleged victims of sexual assault.

According to court documents, the two had been communicating via a social media application, and the woman invited Thrasher to her home while he was in Lewiston on leave from military service. The woman told Thrasher to come into the home and gave him directions to her room, according to the documents. She told Lewiston police Thrasher had not arrived when she fell asleep about 1 a.m. She said she woke at about 2:30 to 3 a.m., with Thrasher on top of her.

She said he forced her to perform oral sex and have intercourse, and she repeatedly told him he was hurting her and wanted him to stop. She told police she tried to push herself up during the encounter, but he pushed her back down and kept a hand on her back, and at that point she “just gave up,” was confused and didn't understand what was happening.

The officer who interviewed the woman asked if the two talked about sex during their exchange of messages. She said she flirted with him one night while intoxicated and sent him pictures, but later clarified all she wanted from him was friendship. She said the night she invited Thrasher to her home they had not discussed anything sexual.

She showed police a message Trasher sent after the alleged incident in which he indicated sex had occurred, but he claimed it was consensual and they had talked about it during the encounter.

An agent for the Naval Criminal Investigative Service interviewed Thrasher on Feb. 23 of this year, and according to court documents, he told the agent he believed the encounter was consensual and the woman never told him to stop.

Thrasher is being represented by Paul Thomas Clark of the Lewiston law firm Clark and Feeney. A status conference is set for Nov. 25, and a preliminary hearing for Nov. 27.