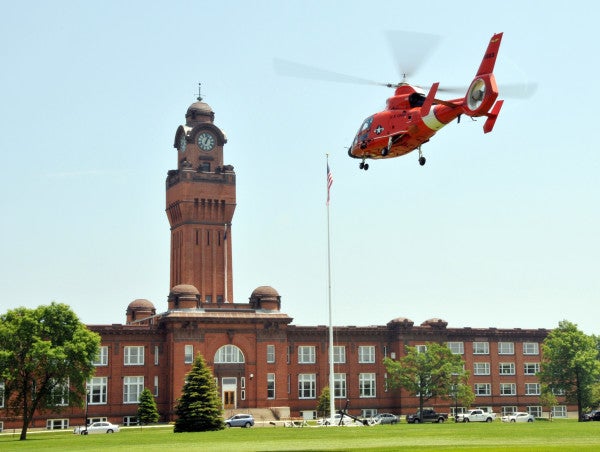 A sailor stationed at the Naval Station Great Lakes has been charged in federal court in Chicago with convincing a 13-year-old girl he met online to send him sexually explicit photos and videos of herself.

Ethan Knez, 21, was arrested at the base on Tuesday on a charge of sexual exploitation of a minor, court records show. Prosecutors are seeking to have him held without bond as a danger to the community. A detention hearing was scheduled for Friday at the Dirksen U.S. Courthouse.

According to a 16-page criminal complaint unsealed Wednesday, Knez, who is originally from Indiana, is an active duty member of the U.S. Navy assigned to a training center at the north suburban naval base. (This sentence has been corrected.)

Beginning in February 2018, Knez used an anonymous chat site as well as a messaging application to communicate with the girl from Michigan, the complaint alleged.

Knez, using the screen name “madnezz19,” convinced the girl to send him sexually explicit photos and videos of herself, according to the complaint. He also allegedly sent her videos of himself naked.

The girl, who referred to Knez as “daddy” in text messages recovered by law enforcement, also talked with Knez about “issues with her parents, the desire to run away, and … a possible suicide attempt,” the complaint alleged.

The girl's father alerted the local sheriff's office in Michigan last March that he had found evidence his daughter was sending pornographic material to adult men. The girl turned over her cellphone, and a forensic analysis led to Knez's screen name, according to the charges.

When U.S. Navy investigators confronted Knez at the Great Lakes naval base in January, he admitted in a videotaped interview that he had instructed the girl to make and send him pornographic material, according to the complaint.

Knez also admitted in the interview to similar conduct with at least 15 other underage victims, the complaint alleged.

Knez was the second sailor stationed at Naval Station Great Lakes to be hit with federal criminal charges in the past year. Last April, Gunner's Mate 2nd Class Aaron Booker was accused of possessing 20 military-grade grenades that had been stolen from a San Diego-based Navy destroyer — explosives that were later found abandoned on the side of a freeway in Arizona. He has pleaded not guilty to the charges.