A former Navy man accused of repeatedly poisoning his wife with a highly toxic pesticide at their Dulzura, California, home... 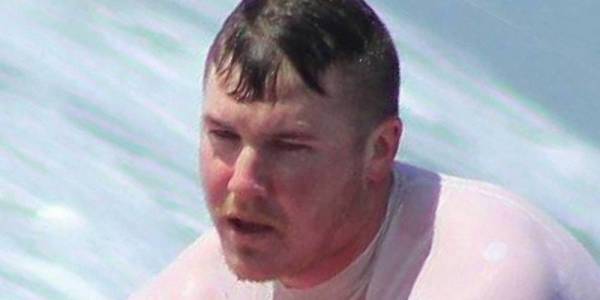 A former Navy man accused of repeatedly poisoning his wife with a highly toxic pesticide at their Dulzura, California, home pleaded guilty Tuesday to three counts of premeditated attempted murder.

Race Remington Uto, 28, agreed to accept a prison term of 21 years to life when he is sentenced on March 14.

Uto was a third class electrician’s mate assigned to Naval Base Point Loma, but is no longer in the service, his attorney said.

Uto was arrested in March of this year and faced a preliminary hearing in January, when a judge would be expected to listen to evidence and decide whether to send the defendant on to trial.

Now, with his guilty plea, that hearing will not be necessary.

“He wanted to accept responsibility and he did not want to cause further stress for his wife and family,” defense attorney Daniel Cohen said out of court.

Uto’s wife, Brigida Uto, was hospitalized in March with an unknown illness later diagnosed as an “extreme level” of thallium in her system, according to a sheriff’s homicide investigator.

Medical staff and investigators believed such a high dose of poison had to be deliberate.

Thallium is a highly toxic metal once widely used in rat poisons and insecticides, but that use has been banned in the United States for many years.

A friend of the wife created a GoFundMe page in April. The friend said in a post on the site that Brigida Uto had suffered severe nerve and organ damage as well as emotional trauma and would need intensive rehabilitation.

Cohen said the couple have been estranged and that the wife now “has come a long way and is on the mend.”

The FBI, Naval Criminal Investigative Service and a San Diego County hazardous-materials team ran a joint investigation into the poisoning with the Sheriff’s Department.

Uto was arrested at the Naval Medical Center San Diego. He was charged initially with three counts of premeditated attempted murder and three counts of poisoning, with allegations he caused great bodily injured in a domestic violence situation. He faced 52 years to life in prison if convicted of all counts.

Deputy District Attorney Paul Reizen said at Uto’s arraignment that he poisoned his wife in August and December of 2017 and again in January.

Reizen did not discuss a possible motive in the case.

On Tuesday, Cohen hesitated to elaborate on a motive, but said Uto had physical and psychological problems.

“What contributed to the case was, he had some very serious health issues that kept him in prolonged and serious pain and on serious medication,” the attorney said. “I’m not saying that caused his actions, but he acted in a way that people would not have thought was thinkable.”