The coronavirus pandemic is putting extra stress on Navy families. 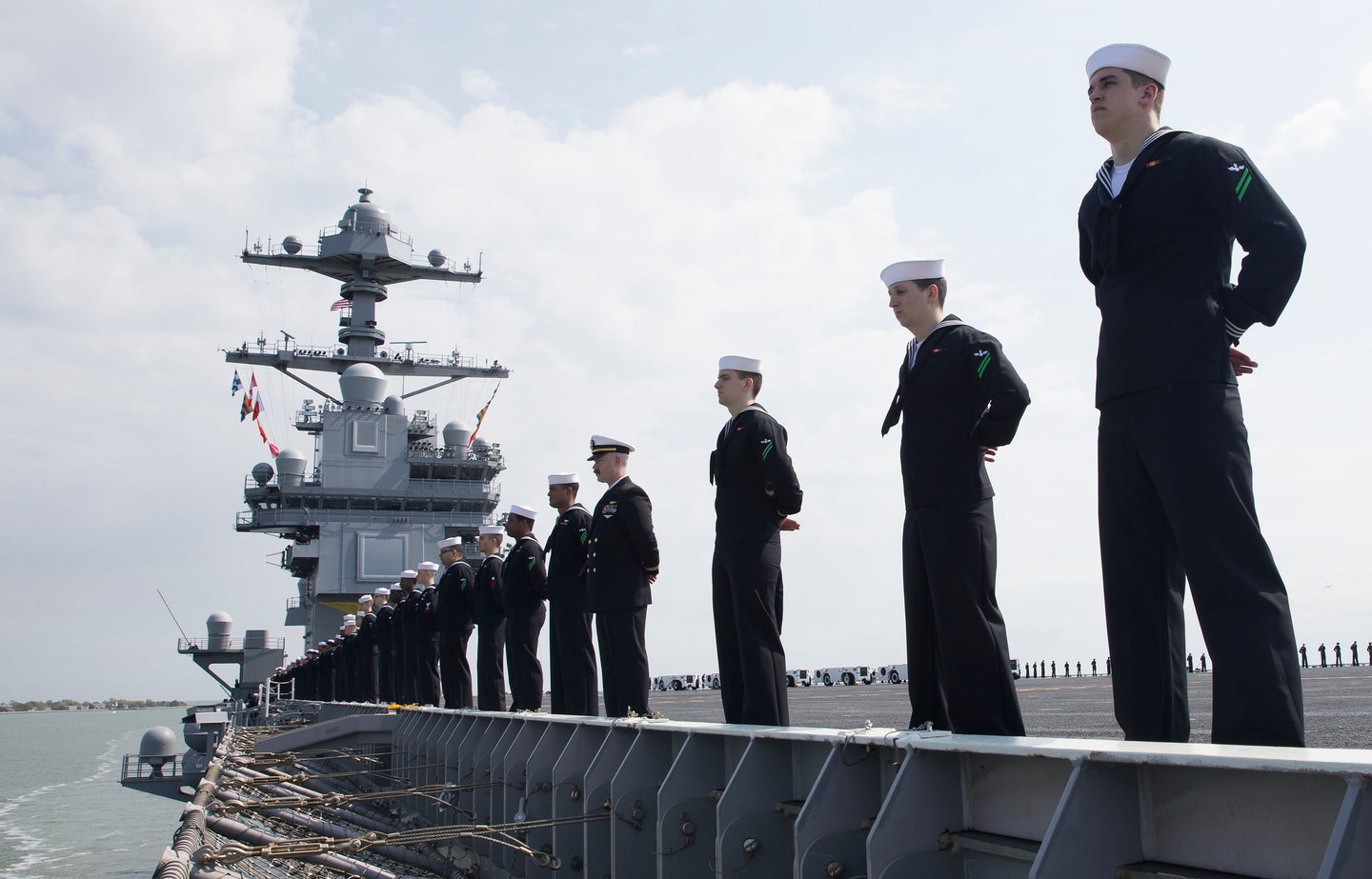 Top Navy leaders are asking lawmakers for help in changing the timeframe for sailors to qualify for family separation pay during the global coronavirus pandemic.

New protocols to keep the virus off ships, which the Navy updated this week, require crews to complete a minimum 14-day restriction-of-movement sequester ahead of deployments. That stretches the time sailors are spending away from their families.

But a $250 per month family separation allowance doesn’t kick in for Navy families until 30 days into a deployment. Now, Navy leaders are asking Congress to create a new rule to account for the unprecedented conditions sailors are facing during the pandemic.

“Listening to the sailors, hearing what the pain points were, one of their issues was they get a family separation allowance when they deploy once they’re away from homeport for more than 30 days,” Chief of Naval Personnel Vice Adm. John Nowell told reporters. “… By statute, we could not start that counter when they had to go aboard the ship for [restriction of movement].”

Fourteen is the minimum number of days leaders require their crews to isolate ahead of deployments, but that can be extended at a commander’s discretion. In April, after a carrier faced a COVID-19 outbreak, another flat top crew spent 27 days on their ship before deploying.

Nowell said Navy leaders want those weeks to count toward the 30-day period that kicks off the monthly family separation allowance. They’re hopeful the change will be made official in the fiscal 2021 National Defense Authorization Act, he said.

“What we’ve asked for is a legislative change that will allow that 30-day clock to start at the beginning of any pre-deployment [restriction of movement],” he explained. “We think that’s fair enough. They’re not with their families.”

Nowell acknowledged the pay doesn’t address all the stressors Navy families are facing right now, “but it’s still extra money in the pocketbook,” he said.

“It is a concern,” he said. “… The world and our nation has additional concerns and additional stress due to COVID, and certainly that translates to us.”

Some crews have faced extended deployments due to the pandemic, only to be gearing up for another overseas mission just months later. Navy Times reported that the aircraft carriers Theodore Roosevelt, which experienced a massive coronavirus outbreak this year, and Dwight D. Eisenhower, which recently spent more than 200 consecutive days at sea, are both preparing for upcoming missions.

Sawyer stressed that any upcoming deployments have long been in the works as part of the Navy’s Optimized Fleet Response Plan, or OFRP. That plan, which includes four phases, was meant to provide stable and predictable maintenance plans.

“Having carriers deployed twice within an OFRP cycle is not new,” he said. “While COVID has added complexity, the OFRP process has not changed. … But it’s still hard on the crews and their families.”

“We’ve made a very concerted effort to increase the amount of what we call embedded mental health providers,” Gillingham said. “We have found that this has had significant benefit in the sense that it lowers barriers to access and it decreases stigma.”

Sailors know their embedded mental health providers and feel comfortable seeking help from them, he said.

Ships also have command resilience teams, Nowell added, that are meant to spot when a sailor might need help.

“We already knew we had [operational stress] before COVID,” he said. “Post-COVID, it’s been even worse.

“This is all about, ‘How do we make it easier for the families and the sailors to concentrate on the main event,’ whether it’s taking care of their family during COVID or making sure that their ship’s ready to fight,” Nowell added.