The sailors who stopped the gunman on May 21 likely saved many lives. 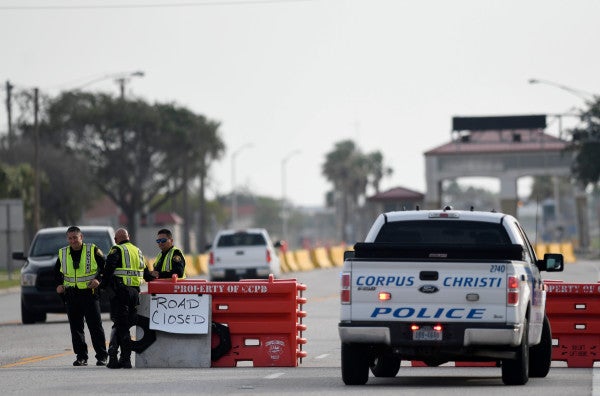 The sailors who stopped a gunman who tried to enter their Texas air station on May 21 will be recognized for their quick response, which federal agents say likely saved many lives.

Members of the Naval Security Forces at Naval Air Station Corpus Christi are being considered for awards, said Francoise “Fifi” Kieschnick, a spokeswoman there.

It's not immediately clear which awards are being considered, “but I do know they will be recognized,” Kieschnick added.

The FBI's Houston office, which is leading the investigation, has praised the team's bravery and heroism when 20-year-old Adam Salim Alsahli opened fire from a truck he tried to drive onto the air station.

“The heroic actions of the Master-at-Arms Petty Officer 2nd Class who risked her life and did not hesitate to engage the subject, as well as the actions of the Navy Security Forces, likely stopped what could have been a much more deadly attack,” the division said in a statement Tuesday.

The second-class petty officer, officials have said, was shot by Alsahli. She was wearing protective equipment and suffered minor injuries. Officials said she was released from the hospital later that day.

That sailor was able to roll over and hit the switch to raise a barrier, which prevented Alsahli from driving onto the base, The Associated Press reported. Other base security personnel shot him, according to the AP.

Alsahli, a U.S. citizen who was born in Syria with no ties to the military, was killed at the scene. An FBI official said on the day of the shooting that the incident was terrorism related. Investigators have not said what led to that conclusion.

The shooter is believed to have expressed support for extremist groups on social media, including al-Qaida in the Arabian Peninsula, officials told the AP. In December, a Saudi officer training at Naval Air Station Pensacola in Florida, with ties to that same terror group, opened fire on a classroom building at that base, killing three sailors.

Marines, sailors and civilians at Pensacola who risked their lives to save others during that attack will receive heroism awards, Navy officials said in March. The awards ceremony, which included plans for the fallen and wounded to receive Purple Heart medals, was postponed due to the novel coronavirus pandemic.

Two Marines who died while protecting others when their Reserve center was attacked by a terrorist in Chattanooga, Tennessee, in 2015 were also posthumously awarded Navy and Marine Corps Medals. Gunnery Sgt. Thomas Sullivan and Staff Sgt. David Wyatt received their service's highest non-combat heroism award for braving gunfire to help others get to safety.