The NAS Pensacola shooter may have been radicalized years before he arrived in the US, according to Saudi Arabia

An analysis of the Twitter account of 2nd Lt. Ahmed Mohammed al-Shamrani, a member of the Saudi Air Force who was at the Florida naval base for training, reveals that his "extremist thought" was present as early as 2015, two years before he came to the United States 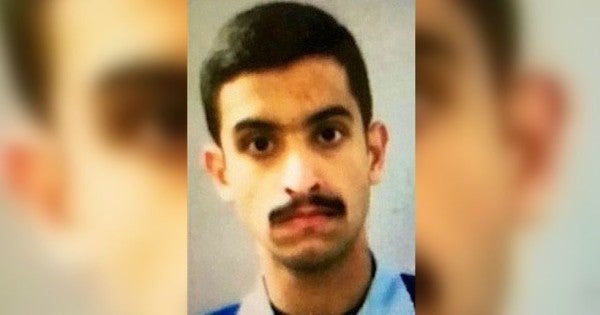 The Saudi Arabian military officer who killed three Navy sailors and injured eight other people at Naval Air Station Pensacola last week appears to have been radicalized years before his arrival in the US, The Washington Post reported Wednesday, citing a Saudi government analysis.

An analysis of the Twitter account of 2nd Lt. Ahmed Mohammed al-Shamrani, a member of the Saudi Air Force who was at the Florida naval base for training, reveals that his “extremist thought” was present as early as 2015, two years before he came to the United States.

The 21-year-old military officer was in America training as a weapons systems operator.

On Friday, he opened fire in a classroom at NAS Pensacola with a handgun, killing and injuring eleven people before he was shot dead by local law enforcement officials.

Before the deadly shooting, Shamrani is said to have railed against the U.S. for crimes against Muslims on a now suspended Twitter account, which Insider has been unable to independently verify as belonging to the shooter.

The Saudi government analysis of the account shows that “his tweets and retweets demonstrate his radicalization in late 2015,” The Post reports, explaining that he appears to have been influenced by four people in particular.

Saudi nationals Abdulaziz al-Turaifi and Ibrahim al-Sakran, Jordanian national Eyad Qunaibi, and Kuwaiti national Hakim al-Mutari are said to have shaped his thinking, causing a clear change in Shamrani's posts, which were previously focused on poetry and verses from the Koran.

The Saudi government analysis, according to The Washington Post, took note of a retweet from Turaifi, who sharply criticized the Saudi alliance with the U.S., which the latter called “the enemy.”

“His retweets and likes in general heavily favored religious accounts that advocated for jihad and defended jihadists who proselytized against both the West and Western-allied Muslim governments alike,” the Saudi government analysis reportedly explains.

The analysis determined of the account revealed several themes shaping the user's thinking, including support for Islamic terrorism and hatred of America and the Western world.

A Saudi official said that the analysis was not a clear indication of motive, explaining to The Washington Post that “every terrorist is an extremist, but not every extremist commits terrorist acts.”

The FBI is investigating the shooting at NAS Pensacola as a possible act of terrorism.

The suspect was, according to the Associated Press, said to have held a dinner party prior to last Friday's incident to watch mass shooting videos with other Saudi students, one of whom reportedly filmed the shooting.

On Tuesday, the Department of Defense ordered a pause on operational training for all 852 Saudi military service members currently in the U.S. for training, pending the completion of a review of vetting and base access procedures.