It was known as the “bone saw” in the German Wehrmacht. The Soviets called it the “linoleum ripper.” American troops... 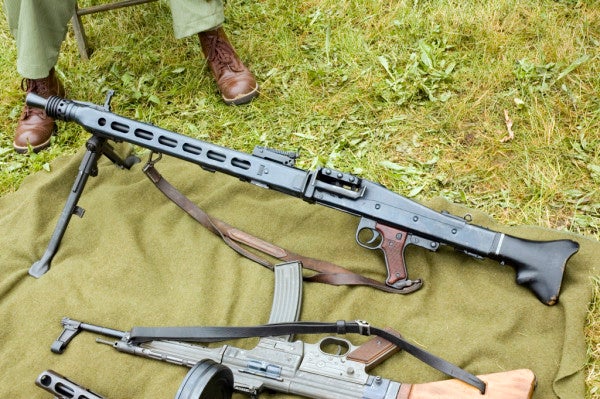 It was known as the “bone saw” in the German Wehrmacht. The Soviets called it the “linoleum ripper.” American troops named it the “buzz saw”. The gun in question was the MG42, and many consider it the best general-purpose machine gun of all time.

The gun’s blistering 1,800 rounds per minute rate of fire and the lethal 7.92 cartridge it fired gave the weapon a legendary reputation on the battlefields of the Second World War. It was so feared by U.S. troops that the War Department produced a propaganda training film whose purpose was to convince GIs that the MG42 was overrated. But the sheer effectiveness of the weapon proved otherwise.

Today, the MG42 lives on as the MG3; an updated version chambered in the more modern 7.62 NATO cartridge. The MG3 has served in the German Bundeswehr since the 1950s and is only now being replaced.