The U.S. Coast Guard had ordered the owner of an illegal 45-foot charter boat, named "Sea You Twerk," to stop operating. Now, Dallas Lad, 38, will serve 30 days in federal prison — and when he's released, he will not be able to own or go on a boat for three years 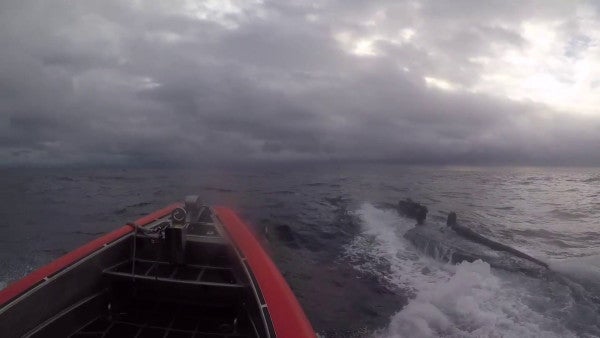 The U.S. Coast Guard had ordered the owner of an illegal 45-foot charter boat, named “Sea You Twerk,” to stop operating.

He didn't, the Coast Guard said.

Now, Dallas Lad, 38, will serve 30 days in federal prison, a judge ruled Friday. When he is released, Ladd of Miami Beach, who pleaded guilty, will not be able to own or go on a boat for three years.

In February, the Coast Guard stopped the boat for a routine boarding and found multiple violations including the boat not having a valid Certificate of Inspection and not having a “credentialed mariner” in control of the boat.

A month later, Ladd was issued a Captain of the Port Order to cease operations.

On March 30, the boat, according to court records, was stopped again in Biscayne Bay because “it appeared to be overloaded with people.” Crews determined there were 36 people aboard.

Ladd told crew members that if asked, they should tell officials that no one had paid to be on the boat. Ladd was not issued a violation at the time.

A few days later, law enforcement, in an undercover capacity, tried to charter a boat from Ladd, court records show. Ladd told the undercover investigator that the deal had to be “under the table,” and that if the Coast Guard were to board, everyone had to “say we're all friends and nobody paid,” an investigator wrote in the criminal complaint. Ladd agreed to charter the boat for $1,500.

Undercover special agents went on Sea You Twerk March 31 and Ladd told them to lie to the Coast Guard if crews were to board.

The boat was stopped one more time in April. According to the complaint, Ladd again said everyone was friends.

In August, Ladd pleaded guilty to violating the order.

In a letter to a judge asking for leniency in the sentencing, Ladd said he is a father of two small children and was trying to make extra money.

“I am writing you this letter of acceptance today to tell you formerly first that I understand what I did was wrong,” he wrote. “I was using my boat to make a quick buck and I let my personal problems cloud my judgment and chose to do something very stupid.”

U.S. Attorney Ariana Fajardo Orshan said in a news release that “the operation of illegal charters poses a safety risk to passengers and the public at large.

“The U.S. Attorney's Office will continue to partner with the U.S. Coast Guard to protect our South Florida residents and visitors,” she said. “We will continue to forge ahead with federal charges against those who knowingly violate laws and regulations that endanger lives and compromise legitimate business practices.”