Sean Spicer is now on the board of the Naval Academy 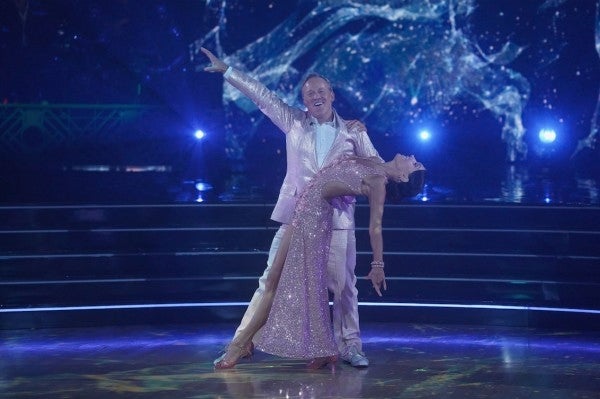 Sean Spicer is back to business.

Spicer left behind the Foxtrot and flashy blouses of his recent stint on “Dancing with the Stars,” donning a suit and magenta tie for his first Naval Academy Board of Visitors meeting Monday, where an expected budget approval delay was discussed despite infrastructure needs at the academy.

President Donald Trump appointed Spicer to the board in July, two years after Spicer resigned as Trump's first White House press secretary. The board is tasked with asking about the school's “morale, discipline, curriculum, instruction, physical equipment, fiscal affairs academic methods” under federal code. The board is required to visit the school once a year and issue a written report to the President of the United States within 60 days with “views and recommendations.”

Spicer missed what would be his first board meeting in September to compete on ABC's “Dancing with the Stars.” He was voted off the show in November after making it to the Top 6.

“Mr. Spicer, welcome aboard. You have a really cool first name,” Superintendent Vice Adm. Sean Buck said to Spicer after he took the oath of office at the start of Monday's meeting.

With the construction of a new cyber building — which Buck is asking $4.7 million a year for — and renovations needed on MacDonough Hall, the utility bridge, Naval Support Activity Annapolis (NSAA) waterfront and sea wall, Buck said the academy is literally falling apart without proper funding.

“We put band-aids on things and we hope,” he said.

He told the board about an underground maintenance area of MacDonough Hall that scared him so much he thought, “I don't want to die this way.”

Academy spokeswoman Cmdr. Alana Garas clarified after the meeting that the area is structurally safe and off-limits to everyone except maintenance staff.

Buck said approval of his new budget requests for 2024 could be delayed with a new Navy secretary coming in. Trump tweeted plans to nominate retired Rear Adm. Kenneth Braithwaite to replace Richard Spencer last week. Braithwaite is a Naval Academy graduate and Spicer's former Commanding Officer in the Naval Reserve.

A 2018 audit found the infrastructure has degraded to the point of threatening the school's ability to train and educate midshipmen, according to the report by the Naval Audit Service.

At the change of command ceremony in July in which Buck relieved former Superintendent Vice Adm. Walter E. “Ted” Carter of his duties, Buck said he sees infrastructure and sexual assault as two challenges facing the institution.

Buck also announced that the Department of Defense's Annual Report on Sexual Harassment and Violence at Military Service Academies should be released later this month.

After the meeting, Spicer said he's excited for the challenges he'll face as part of the board.

“It's a huge learning opportunity,” Spicer said. “It's so interesting to hear about the infrastructural challenges. It's a beautiful school, but you have to scratch beneath the surface, especially with things like sea-level rise threatening it.”