Secretary of Defense Ash Carter spoke to troops and veterans about his plans to modernize the military’s personnel system on... 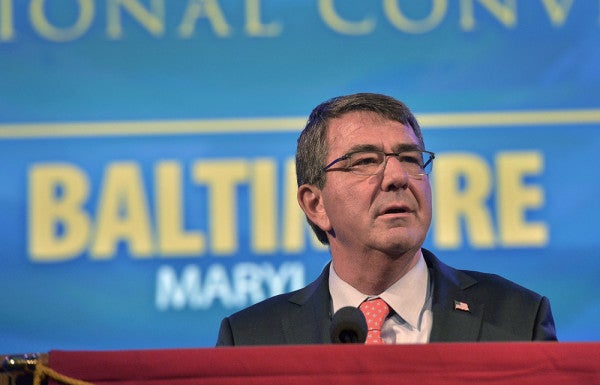 Secretary of Defense Ash Carter spoke to troops and veterans about his plans to modernize the military’s personnel system on Sept. 1, at the American Legion National Convention in Baltimore. For Carter, the changes are a must if the military wishes to compete with the private sector in order to retain talented and well-trained troops.

“Military life will never be like civilian life. Military life is the profession of arms, so it's different,” said Carter during a “World Wide Troop Talk” from a television studio in Maryland later that day. “That doesn't mean we can't learn things, though, from what other people are doing around society, that we don't need to look up and look around and be aware. That is what I mean by the force of the future.”