Editor’s Note: This article by Oriana Pawlyk and Brendan McGarry originally appeared on Military.com, the premier source of information for... 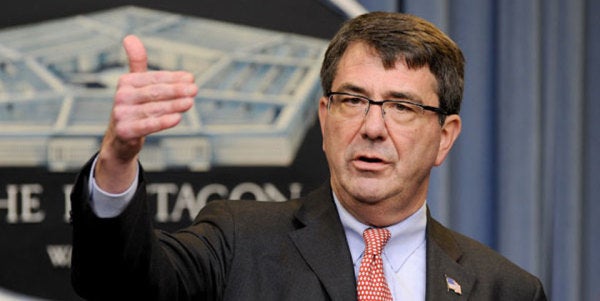 The U.S. defense chief has ordered the Defense Department to suspend the collection of bonuses improperly awarded to California National Guardmembers.

In a statement issued Wednesday morning, Carter said he ordered the Pentagon's Defense Finance and Accounting Service “to suspend all efforts to collect reimbursement from affected California National Guard members, effective as soon as is practical. This suspension will continue until I am satisfied that our process is working effectively.”

The announcement came a day after President Barack Obama told the department to expedite its review of the roughly 10,500 service members, mostly from the California National Guard, who received enlistment bonuses of as much as $15,000 designed to address a personnel shortage in the ranks a decade ago during the peak of the U.S.-led wars in Iraq and Afghanistan.

The money, which collectively totaled about $22 million, was improperly awarded and troops were ordered topay it back or face such penalties as interest charges and tax liens, according to a story first reported by David Cloud, a reporter for The Los Angeles Times.