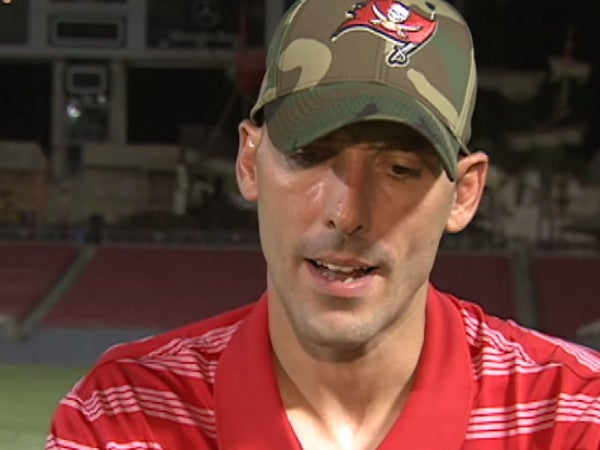 “At first he didn't want it,” Frey explained, according to a report by WTSP, a CBS affiliate out of Tampa Bay, Florida. “Saying I can't do this. And I wanted to tell him it's not about me and my Purple Heart. You know you have guys come home in a box only receive a Purple Heart.”

Frey earned his first Purple Heart after being wounded in action in Fallujah in 2004. The second came two weeks before he was set to return home after a fire fight that resulted in six blood transfusions and 22 operations on his right arm.

On giving Licht his Purple Heart, Frey, a life-long Buccaneers fan, said, “I have this optimistic feeling of hope. You know we’ve had some ups and downs in the last few years, just like veterans … Together, you know, if you get the right team together, the right unit, and the right support, you can do anything.”

Watch the full report by Christopher Fischer at WTSP below.