After 16 years of war, the young children who lost a parent to combat in Iraq or Afghanistan are starting … Continued 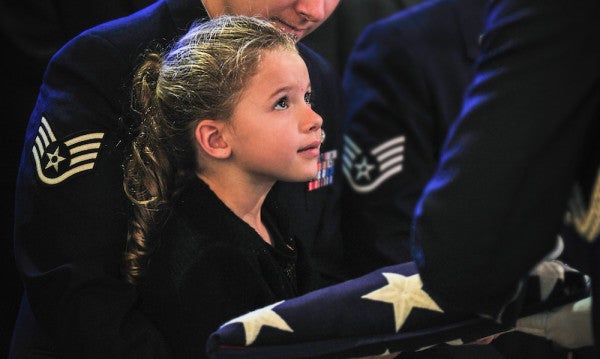 After 16 years of war, the young children who lost a parent to combat in Iraq or Afghanistan are starting come of age and deal with new challenges, but one obstacle that Gold Star dependents should not have to face is the struggle to pay for education.

“As more of our post-9/11 Gold Star children are starting to reach college age, now is the right time to improve the grant system,” Democratic Virginia Sen. Tim Kaine told Task & Purpose. “Keeping our promise to protect Gold Star families is the right thing to do and we can’t expect to sustain a strong all volunteer force without the public knowing that we will take care of their families if they decide to serve.”

He and fellow Democratic Sen. Jon Tester of Montana introduced a bill that’s intended to shield children who lost a parent to military service from cuts to the federal education budget.

Called the “Protect Our Gold Star Families’ Education Act,” the bill — which was introduced May 16 — would expand the federal Pell Grant program to include the children and dependents of service members killed in action after Sept. 11, 2001 to offset their educational expenses.

“The Iraq and Afghanistan Service Grants program is an amazing initiative that provides educational assistance to dependents whose parent or guardian were killed in action in Iraq or Afghanistan after September 11, 2001,” Kaine told Task & Purpose. “Unfortunately, these grants aren’t protected from sequestration, and they were cut by approximately $400 per student for 2015 and 2016.”

Currently, Gold Star children are eligible for federal student aid for postsecondary education through the Iraq and Afghanistan Service Grant, which is meant to match the maximum Pell Grant award. However, the Department of Education sent a letter in May 2016 to institutions requiring them to reduce the Iraq and Afghanistan Service Grant awards by about 7% for the 2016-2017 award year, which is roughly $400 less than the maximum Pell Grant level.

“We appreciate the protections that will be afforded to Gold Star children with the introduction of this bill,” Kathy Moakler, the external relations and policy analysis director for the Gold Star family organization Tragedy Assistance Program for Survivors told Task & Purpose. “We’re very glad that this issue is being addressed.”

Kaine and Tester want to move the Iraq and Afghanistan Service Grant under the Pell Grant umbrella, which would exempt it from the 2011 Budget Control Act cuts, more commonly referred to as “sequestration.” Such a move, Kaine said, “will stabilize the funding and ensure these dependents receive the maximum amount of assistance possible.”

He added, “There is no excuse for shortchanging families who have sacrificed so much for our country.”