"This should not be controversial," said Sen. Mike Lee (R-Utah). 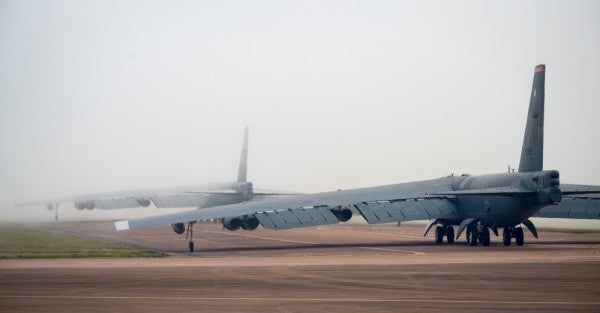 The resolution would require Trump to remove U.S. troops engaged in hostilities against Iran unless Congress declares war or passes a specific authorization for the use of military force.

The vote was 51-45 on a motion to proceed to a final vote, expected on Wednesday or on Thursday. Republican opponents, including Trump, said passage would send the wrong message to Tehran.

“It is very important for our Country's SECURITY that the United States Senate not vote for the Iran War Powers Resolution. We are doing very well with Iran and this is not the time to show weakness,” Trump said on Twitter.

Senate Majority Leader Mitch McConnell said the resolution abused the War Powers Act because that law was intended to prevent the deployment of thousands of troops into sustained combat without congressional authorization.

“We don't send a message of weakness when we stand up for the rule of law,” Democratic Senator Tim Kaine, a lead sponsor of the measure, told a news conference with Republicans Mike Lee and Susan Collins and Democrat Richard Durbin.

“That's a message of strength and it especially speaks to people around the world who are in the streets protesting… because they want the rule of law,” Kaine said.

Calling himself a “huge fan” of Trump's foreign policy, Lee said the resolution supported Trump's goal of limiting military action. “This should not be controversial,” Lee said.

The Democratic-led House of Representatives passed a similar resolution last month, as Democrats and some Republicans fumed over Trump's failure to fully inform them about his Iran strategy.

Trump last month ordered a drone strike that killed Iranian military commander Qassem Soleimani at the airport in Baghdad, but did not inform Congress until afterward.

Fears that the country was on the brink of war with Iran added new fuel to an ongoing effort by members of both parties to take back the power to declare war from the White House.

The U.S. Constitution gives Congress, not the president, the power to declare war.

Despite bipartisan backing, the resolution is unlikely to garner enough support from members of Trump's party to overcome a veto if it does reach his desk.