"If you want to continue to name forts after soldiers, there have been a lot of great soldiers who have come along since the Civil War." 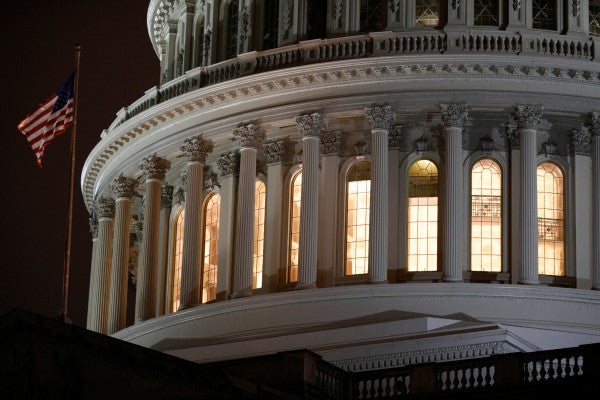 WASHINGTON (Reuters) – The Republican-led U.S. Senate Armed Services Committee voted to require the Department of Defense to rename military bases named after Confederate generals, setting up a clash with President Donald Trump, who opposes that change and promised a veto.

The committee approved the measure, proposed by Democratic Senator Elizabeth Warren, as an amendment to the Senate version of the National Defense Authorization Act, or NDAA, a $740 billion bill setting policy for the Pentagon, announced on Thursday.

The committee, with 14 Republicans and 13 Democrats, adopted the amendment by voice vote, which allowed individual members to avoid recording their choice.

However, the panel's Republican chairman, Senator Jim Inhofe, expressed concern, telling reporters on a conference call he wanted local input on decisions on base names.

Besides requiring that bases stop honoring Confederate generals within three years, the legislation requires the Pentagon to change the names of other assets – such as streets, aircraft and ships – named for Confederate officers or honoring the Confederacy.

Similar efforts to change the names have stalled before, but Americans have become more conscious about race after a series of high-profile killings of African Americans, including that of George Floyd, who died on May 25 as a white Minneapolis police officer knelt on his neck.

As demonstrations have swept the country, cities have removed Confederate statues and institutions have barred displays of the Confederate flag, saying they do not want to honor those who fought to continue enslaving black Americans.

There is a separate movement in Congress, led by Democrats, to remove statues of Confederate generals and leaders from the U.S. Capitol.

But Trump drew a line in favor of keeping the names of 10 bases – including the Army's massive Fort Bragg in North Carolina and Fort Benning in Georgia – named for military leaders who battled Union forces during the 1860s Civil War. He threatened to veto legislation changing them.

On Thursday, the Republican president doubled down on his position, attacking Warren on Twitter as a “failed presidential candidate,” and referring to her as “Pocahontas,” a nickname widely seen as racist. He urged members of his party to keep the names of “our legendary military bases.”

Prospects for the amendment making it through the full Senate, where Trump's Republicans have a majority, were not clear even before Trump's tweet. A committee aide said “some sticking points” remained.

Republican Senator Roy Blunt, who represents Missouri, a state that sent troops to fight for both the Union and the Confederacy, said he had no problem changing the bases' names.

“If you want to continue to name forts after soldiers, there have been a lot of great soldiers who have come along since the Civil War,” Blunt told reporters.

He noted that Braxton Bragg, who is honored at the sprawling base in North Carolina, was “probably the worst commanding general in the entire Confederate Army. He's an interesting guy to name a fort after.”

Bragg was relieved of his command after losing a major battle in 1863.

Nancy Pelosi, speaker of the Democratic-controlled House of Representatives, also backed the shift. “The American people know these names have to go,” she told a news conference.