In a narrow vote Wednesday that showed lawmakers’ lingering unease, the Senate declined to repeal the authorization Congress gave for... 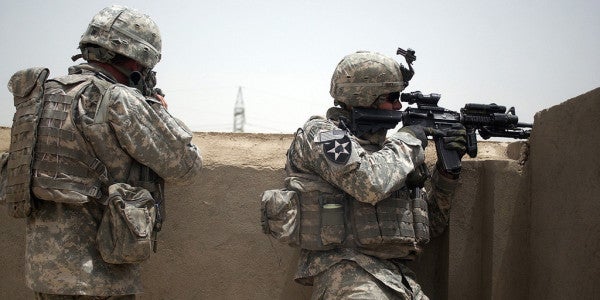 In a narrow vote Wednesday that showed lawmakers’ lingering unease, the Senate declined to repeal the authorization Congress gave for military action after the Sept. 11 terror attacks, for the wars in Iraq and Afghanistan.

The effort to repeal the 2001 and 2002 Authorization for Use of Military Force failed, 61-36, with 13 Democrats joining most Republicans to reject it.

But the vote, which backers called the first in the Senate since the war authorization was approved, expressed the weariness among lawmakers concerning the military involvement abroad.

A sturdy coalition of liberal Democrats and libertarian-leaning Republicans has increasingly pushed Congress to revisit the authority granted after the attacks, which presidents have relied on ever since for military actions against terrorists.

“The war has long since lost its purpose,” said Sen. Rand Paul, R-Ky., who led the repeal effort.

Paul has long situated himself apart from traditional GOP defense hawks, notably Sen. John McCain, R-Ariz., and argued that the initial war authorizations, first approved in 2001 for the operation in Afghanistan, and then in 2002 for Iraq, should no longer be allowed to cover the expanded fight against terrorism and Islamic State that has taken U.S. involvement far from those initial battlefields.

“Let’s have a debate about all these different wars,” Paul said before the vote. “Let’s not just muddle on and say the president can do whatever he wants.”

The authorizations would have expired in six months under his amendment, part of a broader defense bill making its way through Congress. The delay was designed to allow time for Congress to revisit the issue and provide a new war authorization, as many lawmakers in the House and Senate have said is needed.

Republicans and even key Democrats raised concerns about repealing the authorization without a replacement, particularly while troops remain active in the field.

“We can’t replace something with nothing, and we have nothing,” said Sen. Jack Reed of Rhode Island, a former military officer and the top Democrat on the Senate Armed Services Committee.

Reed warned that the vote would lead allies and enemies to question the U.S. commitment to fighting terrorism abroad.

But senators of both parties have grown increasingly uncomfortable at what some see as ceding their congressional authority to authorize military activity to the executive branch.

Some have argued that money spent abroad would be better invested at home, while others remain committed to a strong military stance against terrorism overseas.

Sen. Jerry Moran, R-Kan., who said he recently returned from visiting troops in Afghanistan and grew even more supportive of U.S. involvement, nevertheless was among those openly undecided ahead of the vote.

“I hate to say this,” Moran said during the debate. “I don’t know what the right answer to this question is.” He voted against repeal.

Paul has labored for years to bring a vote forward, and threatened to stall the broader defense bill, which sets policy and pay for the troops and is routinely approved by Congress every year.

The vote came after Monday marked the 16th anniversary of the Sept. 11, 2001, terrorist attacks.