On a party line vote, the Senate Thursday overturned privacy rules that barred companies that provide internet service from gathering... 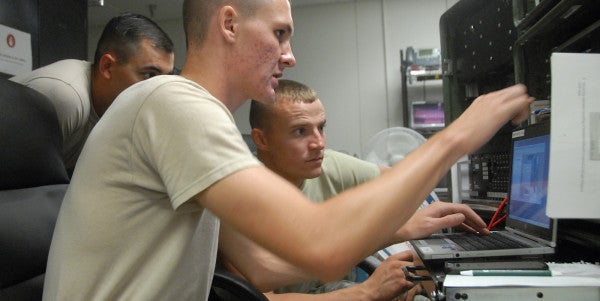 On a party line vote, the Senate Thursday overturned privacy rules that barred companies that provide internet service from gathering and profiting from consumers’ personal information without their consent.

If the measure passes another vote in the House, internet providers such as AT&T;, Verizon and Comcast will be empowered to monitor where consumers browse online, what they buy, what they watch on television, as well as any health and financial information that you divulge through internet use.

Republican proponents of the repeal of the Federal Communications Commission rule imposed last October said it would level the playing field between internet service providers and internet giants like Facebook, Google and Twitter that already harvest some personal data and use it for targeted advertising.

Sen. Jeff Flake, an Arizona Republican who chairs a judiciary subcommittee on privacy and the sponsor of the move, said afterward that overturning the FCC regulation would halt regulatory expansion.

“It will not change or lessen existing consumer privacy protections,” Flake asserted.

A trade association of broadband service providers and suppliers, USTelecom, hailed the move as a “win for consumers” — rather than a boon for industry — and a step toward harmonizing privacy standards across the internet. He asserted that the FCC regulation had created conflicting privacy protections.

“These rules … established a double-standard by creating different sets of regulations for internet service providers on the one hand and the rest of the internet ecosystem on the other,” USTelecom said in a statement.

“We are talking about taking privacy rights away from individuals if we suddenly eliminate this rule,” Nelson said. “This is a gold mine of data, the Holy Grail, so to speak.

“It is no wonder that broadband providers want to be able to sell this information to the highest bidder without the consumer’s knowledge or consent,” Nelson said.

“The Republican war on the free and open internet has arrived,” said Sen. Edward J. Markey, a Massachusetts Democrat, adding that “every American should be alarmed” by the potential rollback of broadband privacy protections.

“This was engineered by lobbyists for the phone and cable companies,” said Jeffrey Chester, executive director of the Center for Digital Democracy, a Washington advocacy group for an open internet.

“It is extremely disappointing that the Senate voted today to sacrifice the privacy rights of Americans in the interest of protecting the profits of major internet companies, including Comcast, AT&T; and Verizon,” said Neema Singh Guliani, legislative counsel for the American Civil Liberties Union.

If the FCC regulation passes the House, which observers said is likely, internet giants would be able to gather customers’ location, financial and health information, and web browsing history to sell to advertisers. Consumers would not be able to opt out.

“There is no excuse for robbing Americans of these rights,” the nonprofit Consumer Federation of America said in a statement.

“The argument that the rules are unfair because other internet businesses that collect and sell individuals’ personal information wouldn’t be covered is disingenuous. Congress could, and should, enact a law that would provide the same strong privacy protections across the entire online ecosystem,” it said.

The FCC regulation at stake also requires ISPs to notify consumers of any data breach, obligates providers to tell customers what data is being collected and how it will be used and bars “take-it-or-leave-it” sales pitches that don’t allow customers to opt out.