Congress Is Playing Politics With This VA Scandal, And It’s Not Working

A week or so after last year’s federal government shutdown, I had the extreme displeasure of attending a House Veterans... 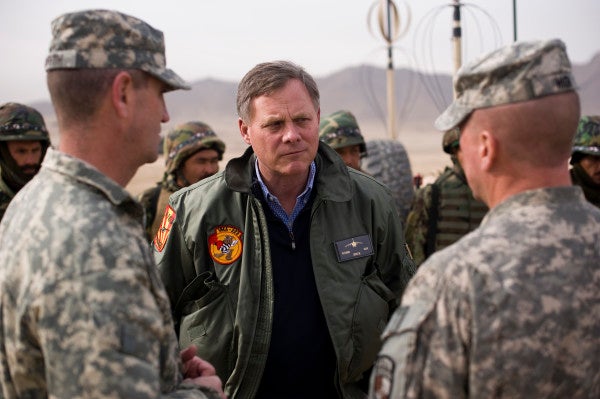 A week or so after last year’s federal government shutdown, I had the extreme displeasure of attending a House Veterans Affairs Committee hearing where Secretary Eric Shinseki testified. I say extreme displeasure because what had occurred at the hearing was infantile, to say the least. I was invited to attend the hearing because I was on stand-by to provide a veteran’s perspective on the shutdown’s impact on veterans and their family members. I am thankful that I did not have to testify, because instead of a lesson in civics and the legislative process, I learned how grown men and women, supposed leaders of our great nation, purposely use every tool in their kit bag to push their own personal agendas.

I entered the hearing expecting to hear an intelligent dialogue between the congressmen and Shinseki. Instead, there was a lot of finger pointing and scapegoating. The most comedic (in the Greek sense) aspect of the hearing were the Republican congressmen grasping at straws in their wanting Shinseki to fix the problem(s) that they themselves had created by shutting down our federal government. In this case, Shinseki repeatedly informed the committee that the Department of Veterans Affairs had already implemented its “emergency” procedures and was using its emergency funds to ensure it remained operational and that all of its claimants continued to receive their payments (i.e., disability, Post-9/11 GI Bill, etc). I left the hearing before it had ended because I could not stand the committee’s overt politicizing of such a serious and important issue.

When I read Senator Richard Burr’s Memorial Day letter to veterans, I truly realized how much of a cynic I am. I must be getting old. As abysmal as Burr’s letter is, I was neither surprised nor disheartened by the words and the sentiment that he expressed, for at this stage of my professional life, I do not come to expect much from most of our elected leaders. Where were leaders like Senator Burr, who have served in Congress for decades, banging on the drums of service and duty to fix the VA during the 1980s, 1990s, and early 2000s? This is a rhetorical question because it is apparent that the majority of our elected officials use veterans and their family members as political pawns to prop themselves to look like patriots. For decades, elected officials like Senator Burr have voted against increased appropriations to the VA. They talk a good game, but if one were to look at their voting record, one would see that their rhetoric does not correlate with their votes and funding approvals.

As for the motivation behind Burr’s Memorial Day letter, he is perturbed because the Veterans of Foreign Wars did the right thing in not politicizing the dire issue that the VA is facing (and dealing with) in Arizona. Many of the national Veterans Service Organizations, including the American Legion, have called for Shinseki’s resignation over this issue and the department’s overall poor performance (according to them) since President Obama took office. Many U.S. senators and congressmen have also either jumped on this asinine bandwagon or have publicly admonished Shinseki for the VA’s lack of performance. The irony behind all of this hot air is that under Shinseki’s leadership, the VA has made more strides in improving its processes than under any of his predecessors. Before Shinseki, being the secretary of the Department of Veterans Affairs was little more than an honorary title — a position that allowed an established individual to fly all over the world delivering speeches about the greatness of America’s veterans.

Fixing a bureaucracy as enormous as the VA takes time, and is painful. There are decades worth of policies and procedures that Shinseki’s team is working to either fix, undo, or replace. This is not an easy task, and neither is it simple. Shinseki knew this when he accepted the position to lead the VA. Obviously, Congress and the VSOs did not receive the same memo. Maybe they should have been paying attention these past 30 years.

The other issue at play here is that if Shinseki were to resign, willingly or otherwise, at the snail-like rate that White House personnel is vetting and approving potential presidential appointees and the irresponsibly slow rate that the U.S. Senate is approving presidential appointments, whoever is selected as the acting secretary of the VA would remain so throughout the remainder of the Obama administration. What this means is that the only way Obama would be able to get a new VA secretary appointed is if he appointed a Republican to hold the position, because that is the only way the Senate Republicans would not hold up the appointment.

Senator Burr’s letter is nothing more than a strategic means in which to employ his own agenda of looking patriotic, while looking strong to the Republican faithful by attempting to tarnish President Obama’s record of genuine service to our nation’s veterans and their family members. It is irresponsible to call for Secretary Shinseki’s resignation and I am pleased that the VFW did not buckle to media and political scrutiny.

Terron Sims, II, is a West Point graduate and veteran of Operation Iraqi Freedom. He is a Veteran and Military Family (VMF) policy expert and is on the Board of Principals for the Truman National Security Project.