A Maine native serving in the Air Force was shot and killed Friday night in Arkansas while trying to stop an armed robbery at a convenience store, authorities said 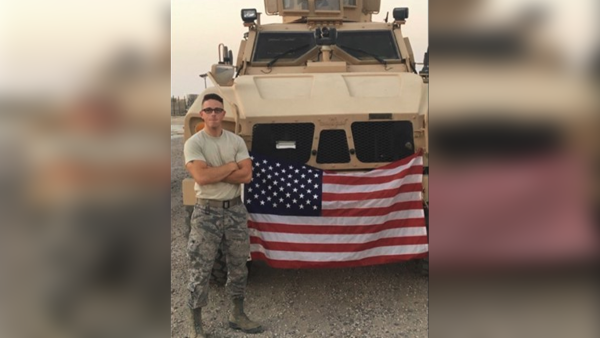 A Maine native serving in the Air Force was shot and killed Friday night in Arkansas while trying to stop an armed robbery at a convenience store, authorities said.

The 23-year-old Mckeough was a senior airman with the Air Force. Police said he was an on active duty and stationed at the Little Rock Air Force Base.

“As a result of the investigation, detectives have learned that two armed suspects entered the location in an attempt to rob the business. The victim in this incident attempted to stop the armed robbery and was fatally shot,” the police department said in a statement Sunday.

The shooting occurred around 11:30 p.m. Friday. Mckeough was pronounced dead at the scene. He apparently was a customer at the time of the robbery.

Sgt. Amy Cooper, spokesman for the North Little Rock Police Department, said in a telephone interview Sunday night that the two robbers – one of whom appears to be a man based on surveillance camera footage – remain at large. The police department is offering a $10,000 reward for information leading to their capture.

Video footage from inside the store shows what appears to be two individuals entering the store with handguns drawn. One is wearing a black Nike hoodie with the drawstrings pulled tight around his face. He is wearing dark-colored Adidas pants The second robber is wearing a black and white panda hat with a red cloth draped across the front. Only his or her eyes are visible.

“Tragic losses such as this are just so heartbreaking,” Cooper was quoted as saying in an on-camera interview posted by NewsCenter Maine.

“It's just very overwhelmingly emotional, especially when you involve a member of our armed services, someone who has stepped up and made the decision to defend their nation and take on that role. And to deal with the tragic death of a member such as Shawn Mckeough has just been difficult,” Cooper said.

Mckeough's friends spoke out Sunday on Facebook, referring to him a hero.

“Breaks my heart to hear this news. Shawn Mckeough Jr., you were an amazing young man,” Cory Kilgore said in a post.

“He was popular, everyone liked him, how could you not,” wrote Kristen Mononoke, who said she met Mckeough in the sixth grade and became best friends. “I'm so sorry this happened. The world is such a dark place but Shawn's light will never burn out and we are lucky to bask in it.”

“You never expect to hear about anyone you know passing away. Certainly not anyone this young or selfless,” Andrew Dunnam, a staff sergeant in the Air Force, said in a Facebook post. “It was a tremendous honor knowing you, brother. You never failed to be reliable and get the job done to the best of your ability. You were one of the most outstanding men I have ever met.”