Waikiki business people and government officials are calling on the Honolulu Police Department and U.S. armed forces to address a... 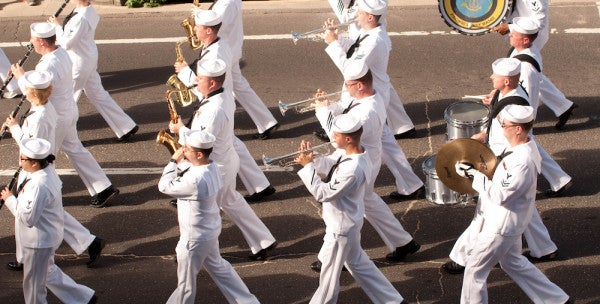 Waikiki business people and government officials are calling on the Honolulu Police Department and U.S. armed forces to address a recent uptick in serious crimes in the state’s top tourist district, where two military members were victimized this month.

The tourist district has had four slayings so far this year, surpassing the total for 2015 and 2016 combined.

The two high-profile crimes this month against military members were especially concerning, they say.

“Waikiki should be a place where the military can come and have a beer and blow off some steam,” said Louis Erteschik, Waikiki Neighborhood Board vice chairman. “We really appreciate them. After the first Iraq War, I remember we had all these ‘Welcome Home Troops’ signs. It isn’t right that now they are coming into Waikiki and getting stabbed and beaten with baseball bats.”

Sgt. William H. Brown, a 23-year-old Kaneohe-based Marine, was killed Oct. 21. Police said Brown was with a group of people at about 1 a.m. at the corner of Royal Hawaiian and Kalakaua avenues when an argument escalated into a fight and he was stabbed multiple times. A 16-year-old male has been charged with second-­degree murder.

Early on Oct. 6, a 21-year-old Schofield Barracks soldier was seriously injured when he was beaten with a baseball bat and repeatedly stabbed in Waikiki. A 14-year-old boy was charged with second-degree assault in connection with the attack near the intersection of Lewers Street and Kalakaua Avenue.

Jack Richards, president and CEO of Pleasant Holidays LLC, Hawaii’s largest travel seller, said he hadn’t heard about these crimes, but acknowledged that the company has received a few inquiries about crime from travelers and agents. “The visitor industry needs to stay on top of it. If this gets worse, people won’t book,” Richards said. “People want to come to Hawaii because they perceive it as a safe destination.”

“If we don’t ramp up our game with respect to tourism security and getting everyone collaborating, we know it could hurt tourism,” said Hannemann, who is pushing to establish a crime-fighting working group in the next two weeks and, like city Councilman Trevor Ozawa, wants Hawaii to host a crime summit next year.

Ten of the city’s 11 Waikiki security cameras are back online and are recording 24/7, said city spokesman Andrew Pereira.

But police still are undermanned since they are short applicants to fill 200 city-funded positions.

“It’s a little unnerving. Waikiki is our jewel,” Galu­teria said. “We’ll all be talking story over the next several weeks to see how we want to proceed. I plan to circle back after I talk to area colleagues about what type of any legislation needs to be talked about.”

There are many theories about why Waikiki crime has turned more violent. HPD staffs Waikiki at higher levels than other districts because they know tourists are a draw for unsavory elements and there are more late-night bars. State Sen. Will Espero (D, Ewa Beach-Iroquois Point) is exploring legislation aimed at beefing up licensing requirements and making tougher laws for liquor establishments.

Police spokeswoman Michelle Yu said HPD met with Galuteria’s group concerning recent incidents in Waikiki and talked about “possible coordination in the future.” Police already have stepped up Waikiki bike patrols and plan to assign the next graduating class of officers to Waikiki, which already is assigned 100 officers daily.

Waikiki Neighborhood Board Chairman Bob Finley said military police should consider augmenting HPD’s Waikiki presence like they did during the Vietnam War and later when large aircraft carriers were in town.

Cmdr. David Benham, a U.S. Pacific Command spokesman, said: “We take the well-being of our military personnel very seriously. As good neighbors, we are committed to coordinating with local authorities to improve safety for our personnel both on and off the installation. One long-standing mechanism for coordination is the Armed Services Disciplinary Control Board, which evaluates and, if warranted, declares locations off-limits to service members.”

The board makes recommendations to reduce the chance that service members fall victim to crime or other dangers. Any military commanding officer also can place an establishment temporarily off-limits for personnel under his or her command.

Each service informs its members of off-limit orders directly and those that violate them face charges under the Uniform Code of Military Justice.

“We continually evaluate the safety and security environment for our people in coordination with our partners in the Honolulu Police Department and with other services,” Benham said.