Rep. Seth Moulton reveals his past struggle with PTSD to combat stigma around mental health care

Seth Moulton, a former combat Marine who's running for the Democratic presidential nomination, revealed he sought treatment for post-traumatic stress disorder as he proposed expanded mental health care for veterans and others 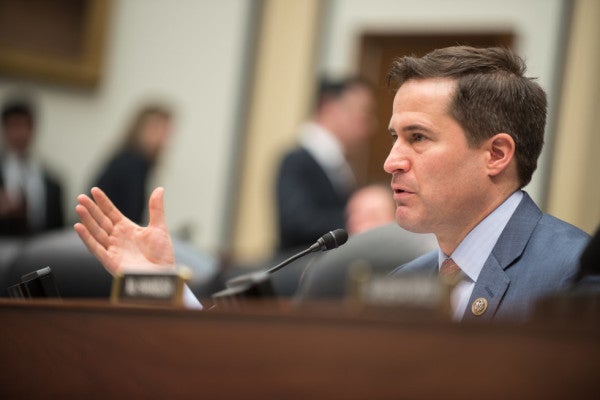 WASHINGTON — Seth Moulton, a former combat Marine who's running for the Democratic presidential nomination, revealed he sought treatment for post-traumatic stress disorder as he proposed expanded mental health care for veterans and others.

Moulton, a Massachusetts congressman who was first elected in 2014, said in an interview with Politico that he first sought counseling in 2009, after serving in Iraq.

“I had some particular experiences or regrets from the war that I just thought about every day, and occasionally I'd have bad dreams or wake up in a cold sweat,” he told Politico in the interview, which was published on Tuesday evening.

“By bringing this issue to light, and being open about his own struggle, Seth hopes to remove the stigma around mental healthcare and bring this issues front and center. Seth represents a generation of veterans from the War on Terror who should not be forced to live in the shadows while going through this struggle,” the Moulton campaign said in a statement.

His proposal would include routine mental health checkups for people serving in the armed forces as well as veterans; finance yearly mental health screenings for all American high school students; and “introduce mental health training (mindfulness, yoga) into the physical education curriculum of high schools.”

Moulton joined the Marine Corps in 2001, shortly after graduating from college and just months before the Sept. 11, 2001, terrorist attacks. He did four tours in Iraq, though he has said he opposed the war.

He is perhaps the first presidential candidate to openly discuss having undergone mental health treatment.

Sen. Thomas Eagleton of Missouri, the initial Democratic nominee for vice president in 1972, was forced off the ticket headed by George McGovern after admitting that he had been hospitalized for depression years earlier and had been treated with electroshock therapy.

SEE ALSO: Rep. Seth Moulton Says Us Would Be 'No Better Friend, No Worse Enemy' If He's Elected President