Allegations Of Child Abuse Against Marine Colonel Date Back 15 Years 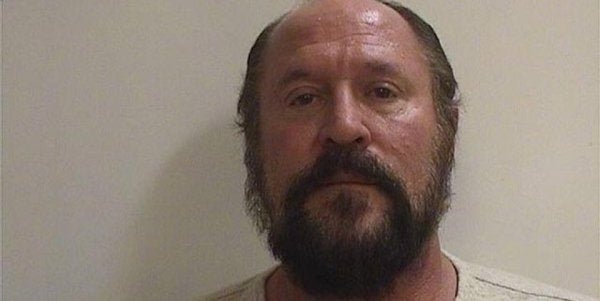 A colonel forced into retirement after court-martial proceedings last year has just been arrested again on new charges. But the most recent allegations against him detail criminal misbehavior dating back to 2002, Military.com has learned.

A 33-year Marine officer and former commander of the Wounded Warrior Regiment, he was sentenced to two months in the brig last year after pleading guilty to sending sexual text messages to a female enlisted subordinate, obtaining and using testosterone without a prescription, and driving drunk to his own arraignment aboard Marine Corps Base Quantico, Virginia.

Master Police Officer Linda Kuehn, a spokeswoman for the department, told Military.com Tuesday that the charges against Tomko include three counts of aggravated sexual battery, three counts of indecent liberties with a child, and one count of felony cruelty to children.

The crimes were alleged to have been committed in Virginia Beach from the year 2002 to present, Kuehn said. The allegations involve three juvenile victims “who were known to the suspect,” she added.

The warrants, Kuehn said, were obtained Nov. 21. Tomko is expected to be transferred soon from Quincy to Virginia Beach so the warrants can be formally served and the adjudication process can begin.

The newly revealed scope of the allegations also raises questions about whether the military will opt to be involved in Tomko's prosecution moving forward. The military has the right to call service members out of retirement to face court-martial, whether or not the alleged offenses occurred during or after the service member's time in uniform.

This is an extraordinarily rare move, and typically reserved for high-profile officers and cases. But the measure was taken earlier this year in the case of James Grazioplene, a 68-year-old retired major general who was made to face court-martial after 12 years of retirement on allegations that he raped a child while on active duty in the 1980s. Grazioplene's trial has yet to take place.

“It's probably to early to say one way or the other” whether the military will take action, Block said.

If Tomko is prosecuted in a civilian court alone, he may still stand to lose some military benefits. While retired pay is generally unaffected by a felony conviction, VA benefits can be reduced if a retiree is convicted and spends more than 60 days behind bars.