A senior airman stationed at South Carolina's Shaw Air Force Base died Saturday — the third death of a Shaw airman in two weeks, according to officials. 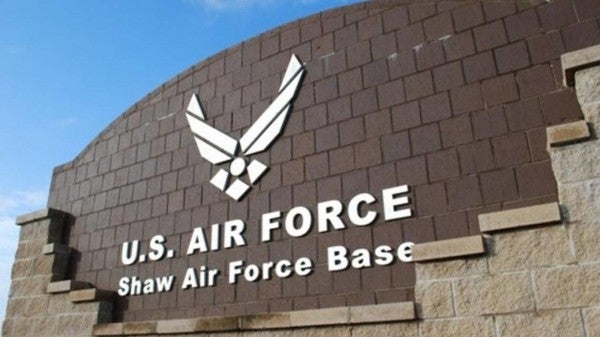 A senior airman stationed at South Carolina's Shaw Air Force Base died Saturday — the third death of a Shaw airman in two weeks, according to officials.

Senior Airman Aaron Hall, 30, died Saturday morning from health complications at Prisma Health Richland Hospital in Columbia, according to a release Sunday morning from Shaw Air Force Base. Information on a specific cause of death was unavailable.

“Aaron was more than just our coworker, he was our teammate and our friend,” Maj. Jake Schillinger, 20th CMS commander, said in the release. “As you can imagine, this has been a heartbreaking week for the 20th CMS. We are grieving alongside all those who loved and cherished Aaron.”

Hall served as a 20th CMS Electronic Warfare Systems journeyman and enlisted in the U.S. Air Force in July 2015, according to the release. He had been stationed at Shaw since March 2018.

He is the third Shaw airman to die in two weeks.

Senior Airman Jose Llanes was found dead on May 21, three days after going missing, and Senior Airman Amalia Joseph died a week ago.

Like Hall, Joseph was part of the 20th Component Maintenance Squadron at Shaw, where she served as an Electronic Warfare Systems journeyman since April 2016, according to the Air Force.

Also like Hall, the 32-year-old Joseph died of “health complications,” after being taken to an area hospital, the base said in a news release.

Information on any possible connection between Hall and Joseph's deaths was unavailable.

Llanes was found dead in an apparent suicide, according to a news release.

Sumter County Coroner Robbie Baker said the death of Llanes, who served as a 20th Logistics Readiness Squadron aircraft parts store journeyman, is believed to be the third suicide of a Shaw airman in the past year, The State reported.

“Each of us is feeling the hurt that comes along with such a painful loss,” Schillinger said in the release. “Aaron was the type of Airman who lit up every room he entered with his smile and positive approach to life. He carried such a presence in our squadron and his absence will not go without a great deal of anguish in the coming days, weeks and months.”

The unit that Hall and Joseph served in required them to maintain “jet engines; accessory; and avionics components and systems; and a test, measurement and diagnostic equipment laboratory in support of three fighter squadrons,” of about 80 “combat-ready” F-16s, according to the base.

The 20th Fighter Wing at Shaw is the Air Force's “largest combat F-16 wing … and has nearly 6,600 active duty airmen and civilians and more than 8,000 family members,” the Sumter Item reported.