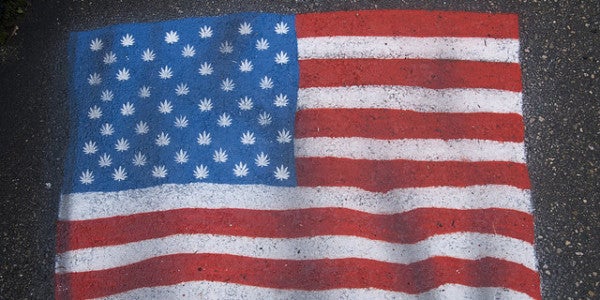 An effort is underway to get the Department of Veterans Affairs on board with what many veterans have already figured out: that weed can help deal with the symptoms of post-traumatic stress. Though, the VA itself can’t do anything until federal laws are changed, and that will be a slow process.

After seeing years of treatment lead to side effects that were almost as debilitating as the ailment itself, PTSD researcher Dr. Suzanne Sisley started to look for a more common sense solution in medical marijuana, and she isn’t alone. It’s not just the many veterans who claim weed helps with them cope with the symptoms of combat stress, even other militaries have acknowledged it. Israeli Defense Forces not only allow their veterans, but their active-duty troops to use cannabis to treat PTSD.

Though VA hospitals in some states have lessened the restrictions of medicinal marijuana, there are still a host of others where veterans have no other recourse than taking the cocktail of pills prescribed to them, and hoping it works.