After years in the making, U.S. Special Operations Command has its sights set on its next big sniper rifle 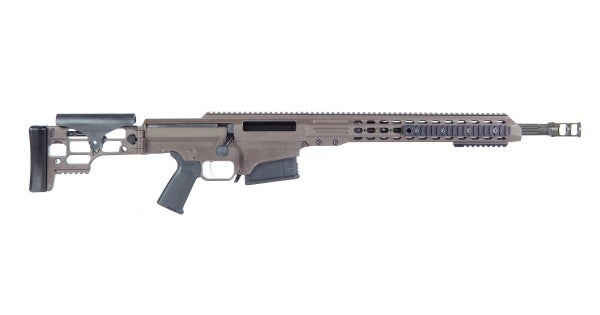 After years in the making, U.S. Special Operations Command has its sights set on its next big sniper rifle.

The MRAD appears to meet SOCOM's 2018 requirements for a “modular, multi-caliber, bolt-action sniper rifle,” and as As Guns.com notes, the Pentagon had previously picked up Barrett's MRAD platform in a December contract for the rifle chambered in the new 300 PRC caliber.

“The United States Department of Defense announced today that Barrett has been selected to provide their MRAD as the U.S. Special Operations Command Advanced Sniper Rifle system, designated as Mk21,” the company said in a statement, per Military Times. “This marks the first time in history that a father and son have had rifle designs adopted by the US military: Ronnie Barrett with M107 and Chris Barrett with Mk21.”

Here's a sizzle reel for the MRAD's Military Deployment Kid from 2016.