Djoulou K. Caldwell’s conduct at Joint Base Lewis-McChord in Washington state certainly seemed crude. He licked his lips while “leering”... 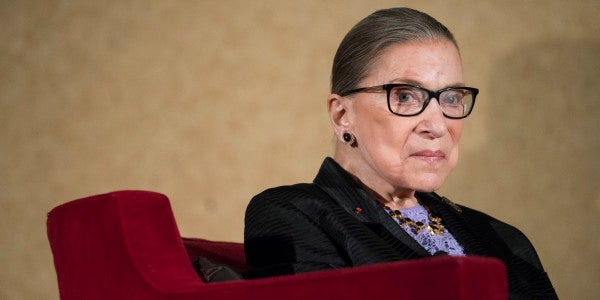 He licked his lips while “leering” at a female soldier in the 14th Engineering Battalion, the lower-ranking woman testified. He looked at her “body up and down,” she said. He assured her he could make her fall in love with him. He commented, coarsely, on her looks.

“I just wanted to see your ass when you walked out of the office,” Caldwell told the woman, she testified.

For those actions, and more, Caldwell was given a bad conduct discharge after his conviction on charges of abusive sexual contact and maltreatment of a subordinate. His last shot is a long one, as his lawyers urge the Supreme Court to hear a rare military court challenge.

“The (case) has the potential to impact the over-1,300,000 men and women actively serving in the United States armed forces,” Caldwell’s attorneys wrote in a petition filed this month, adding that “this is an issue that is central to hundreds of convictions for maltreatment in recent years.”

While each case may seem compelling in its own way, the Supreme Court infrequently second-guesses military justice.

RELATED: This soldier stood up to sexual harassment. Then she was kicked out of the Army »

“It’s very difficult to convince the Supreme Court to take these cases,” Eugene R. Fidell, a military law specialist who teaches at Yale Law School, said in an interview. “The justices are gun-shy about getting involved.”

Beyond the unique military issues, few challenges of any kind make it into the Supreme Court’s chambers. The court receives upward of 9,000 petitions annually, and typically grants oral argument and full consideration to only about 75.

The court’s eight current members are scheduled to review Akbar’s petition on Sept. 26, along with a separate challenge from a now-retired Coast Guard captain convicted of cocaine use.

Fidell is representing that veteran of more than 27 years service, whose trial judge had personal and professional relationships with “a significant number of the court-martial participants,” an appeals court stated.

Caldwell’s challenge to his May 2014 conviction centers on a 2015 Supreme Court decision reversing the conviction of a Pennsylvania man who posted threatening-sounding statements on Facebook. The man, Anthony Douglas Elonis, contended his posts were no more than “fictitious lyrics,” akin to rap music.

In a 7-2 decision, the high court said that the “defendant’s mental state” must be taken into account and that “wrongdoing must be conscious to be criminal.” That effectively raised the bar for prosecutors, and Caldwell’s attorneys now say the panel of officers and enlisted personnel who convicted him didn’t apply this standard.

Put another way, Caldwell could be suggesting that he considered his behavior as flirtatious banter rather than conscious maltreatment of a subordinate.

“What Sgt. Caldwell thinks does matter,” Army Capt. Scott A. Martin told the U.S. Court of Appeals for the Armed Forces in oral arguments last February.

The five-member military appeals court didn’t buy it, unanimously upholding Caldwell’s conviction and noting “the unique nature of the offense of maltreatment in the military.”

Government attorneys added, in their own brief, that Caldwell’s actions extended over a period of many months both in Washington state and after the engineering battalion was deployed on its fourth combat tour from 2011 through 2012 to Afghanistan.

“I was shocked and I guess a little intimidated just because he was a senior NCO,” recounted the woman, identified only as CH.

“The very nature of the superior-subordinate relationship makes this case different,” Goble said, citing the need to “maintain good order and discipline.”